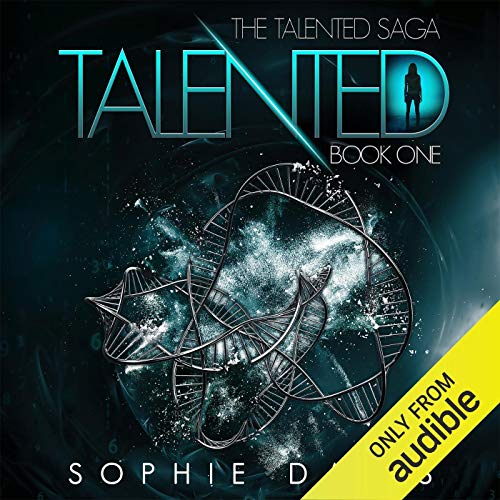 Written by: Sophie Davis
Narrated by: Angel Clark
Try for $0.00

When Talia Lyons was just a child, her parents were murdered before her eyes. Offered a choice between accepting their fate and exacting revenge, Talia trains to become one of the country's deadliest assassins in order to kill the man responsible for their deaths: Ian Crane. Luckily, Talia was born with a gift - the ability to read and influence the minds of others.

At 16, Talia is poised to graduate from the McDonough School for the Talented, where she learned to control her abilities. Now there is only one obstacle standing between her and the retribution she craves...Talia, herself.

Her greatest asset may also be her undoing; while a formidable weapon in the field, Talia's talents prevent her from both shutting off the mental connection she shares with her questionable boyfriend and blocking out the thoughts of a beguiling fellow recruit. But Talia can't afford to have the feelings and distractions of a normal teenage girl, when her life is far from normal. She must regain the single-minded determination that has brought her this far, or it may cost Talia her life when she finally faces Crane. And even after being molded in to a weapon of war, she'll still have to find the strength it takes to pull the trigger.

If James Bond and Sookie Stackhouse had a love child with a yearning for vengeance, her story would be Talented, an adventure about powerful teenagers who aren't afraid to embrace their fears and fight for what they believe in.

What listeners say about Talented

Why must the main character whine and have such a high pitch voice? It almost makes it difficult to listen to. The mental voice is so much more stronger – I wish that the voices were more similar...

Good story but the narrator was off

The narrator's voice when the main character is upset approaches high pitched screaming squeals. When there are two female voices to speak, it is even worse.

The story has good plot turns with a cliffhanger that makes you want to listen to the second book. By the end you are not sure who is the villain.

What did you love best about Talented?

Everything, i can't wait for the next one :) Narrator was really good too, and loved the slightly dark tone of the book!

Talia, I felt like I really understood a lot of her issues

She really brings the characters to life, I felt like I knew them.

yes, but I also needed a brake to think about what was happening and anticipate the next part. It's what makes it fun.

Sophie Davis spins a fast paced tale in Talented. I quickly became invested in Talia and her world. Angel Clark does a fantastic job of bringing this story to life. I am eager to read more in this series

I thoroughly enjoyed this book. The characters were well developed and drew me in. Talented teens and missions? Great story. I cannot wait to listen to the next book. I need to know what happens.

I loved this story! The audio narrator was great! I loved the characters too. I cannot wait to read the next one! I was given this free review copy audiobook at my request and have voluntarily left this review.

I understand that shes suppose to be young, but the reader makes her unbearably whiney.

I really loved the storyline and look forward to the next book! The narrator Angel Clark does a fabulous job bringing the characters to life and leaves you on the edge of your seat. Check out this story, you won't be disappointed!

Absolutely loved it, can't wait for the next one

Thrilling tale, the audio narrative fit perfectly with it too. Absolutely loved it, can't wait for the next one...

I had to stop listening because of the narrator. Her spastic outbursts when she did female voices, scared me! It was weird. The book was getting good, but that reader...I couldn't continue