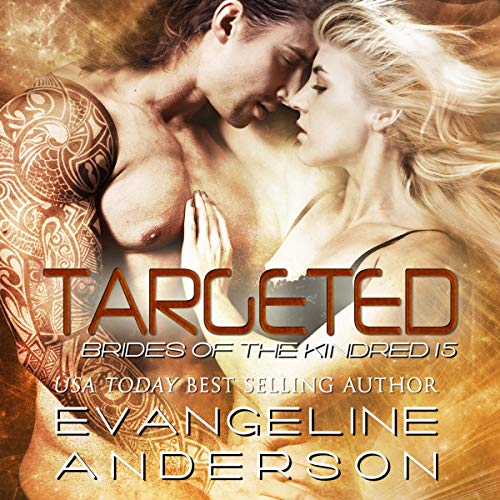 A warrior sworn to kill or die trying...
A woman going through a deadly transformation...
Can they reach safety together?
Or have both of them been targeted for death?

Emily Brooks is just an unremarkable girl living a boring existence - she teaches kindergarten, has a small house on the north end of Tampa, and tries not to envy her sister's perfect life. But Emily holds a remarkable secret within - one that won't stay hidden much longer. She is about to become something and someone completely different - that is, if she lives long enough to undergo the transformation.

Tragar is a Beast Kindred with tragedy in his past. Pain and loss have driven him from the Kindred way of life and into a new career - that of a deadly Verrak assassin. The Verrak take an oath to kill every target they contract for or die trying. Now, Emily is in his crosshairs, but the moment he gets close enough to her, his sharp Kindred senses tell him something is different about this particular target. Emily is a Khalla - a rare female who some say embody the essence of the Goddess herself. She is a treasure beyond compare. Tragar is well aware that his own choices have left him unfit to serve her, but at least he can protect her until he can find someone worthy on his home planet of Rageron.

But there are dark forces in their way. Tragar's oath to kill can not be broken lightly. And there is a shadowy figure rising from the darkness who wishes to claim Emily's life. Can the fallen warrior guide and protect Emily to the place she truly belongs? Or will he die trying? You'll have to listen to Targeted to find out.

I continue to purchase all things Evangeline Anderson and have to stop listening to the book for weeks because the narration is horrible. WHY do all the women have to have these weak voices. When I read the books I never picture them as being SOOOOOO meek. The whisper voices are just wrong to me. I guess I need to just stick with reading and stop listening.