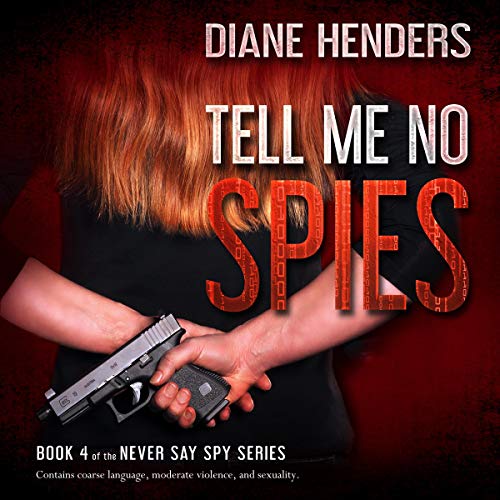 Tell Me No Spies

If a kickass middle-aged bookkeeper got sucked into a spy’s life...

Aydan Kelly has reluctantly accepted her unwanted role as a part-time spy. It’s painful and dangerous, but she’s willing to make the sacrifice for the good of her country. Too bad her country doesn’t have the same honourable intentions.

When Aydan discovers the government murdered her husband, the betrayal drives her on a quest to uncover the truth. Living as a fugitive, alienated from the people she once trusted, she has to evade both government agents and the violent criminals who will sell her to the highest bidder.

Contains coarse language, moderate violence, and sexuality. The story can stand alone but will be more enjoyable if the series is read in order.

“Fierce and fantastic – a totally different type of heroine who keeps you clinging to the edge of your seat!”

What listeners say about Tell Me No Spies