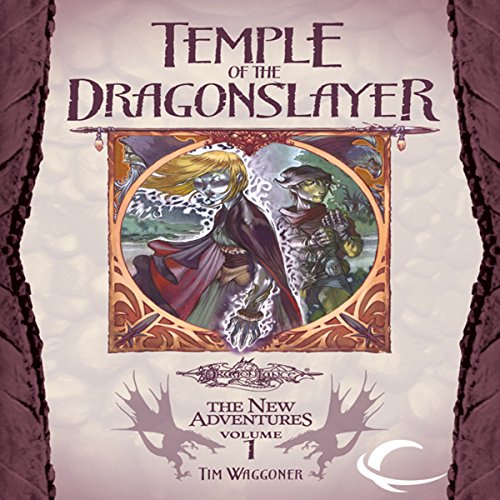 Temple of the Dragonslayer

Written by: Tim Waggoner
Narrated by: Jeremy Arthur
Try for $0.00

Nearra does not know who she is or where she lives but she does know one thing: Someone wants her dead. Her only hope lies leagues away, in an ancient temple, where healing clerics may be able to restore her memory.

A helpful young ranger, a failed warrior, a sneaky elf, and a kender wizard offer to accompany Nearra on her journey. She soon learns her newfound friends have secrets of their own. As goblins, an angry minotaur, and a vicious green dragon attempt to stop them at every turn, friendships are tested and all of if may come to ruin from the one Nearra trusts the most.

What listeners say about Temple of the Dragonslayer