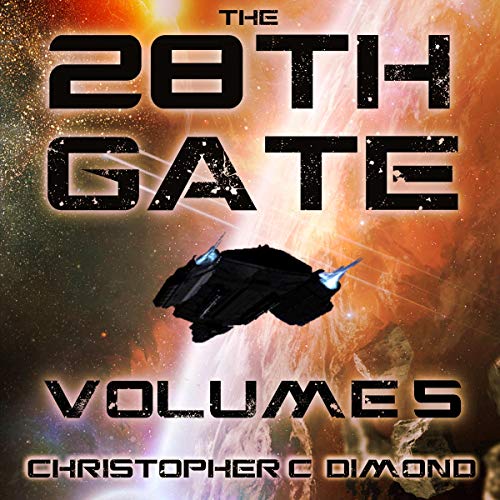 Hunter is back in Season III! But the Dagger isn’t the only Civilization shuttle in the gate ring.

After the devastating betrayal, Hunter and the Independent Militia are struggling to keep Maunhouser from enslaving the entire gate ring. But the arrival of The Observer from Civilization might not mean the help they were hoping for.

Whether fetching equipment The Observer needs, training insurrection cells on corp worlds, or searching for a saboteur on the Celestial, Hunter has plenty to stay busy. But will it be enough to keep Maunhouser at bay as they begin massing their ships for a war-ending assault?

Set in a far distant future, The 28th Gate is a series of tales that will appeal to fans of space marines, space fleets, and military hard science fiction. The series consists of eight volumes spread across four seasons telling the story of Hunter’s struggles against the AAA corporation that created him. Each volume contains six episodic novelettes each with the action, character, and plotting of a complete story all crammed into an espresso-like package, while each season chronicles a different arc in the overall epic.

What listeners say about The 28th Gate: Volume 5