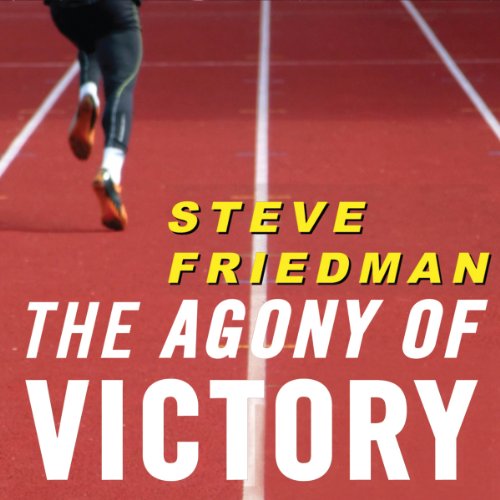 The Agony of Victory

Written by: Steve Friedman
Narrated by: Graham Corrigan
Try for $0.00

What makes some men drive themselves to succeed in their chosen sport, no matter how daunting the odds? And what are the struggles that victory almost inevitably brings? Meet the swiftest and saddest cyclist of his time, a man whose craving for speed was outstripped by a terrible urge toward self-annihilation. Try to understand the most accomplished high-school runner in American history, whose long-distance records still astound and who, a few years later, abruptly abandoned his wife and three small children. Learn about the briefly glorious life of the leading scorer in Division I college basketball, one of the inner city’s great success stories . . . while it lasted.

This superbly narrated and insightful audiobook follows the paths of thirteen ravaged champions in solitary crafts such as cycling and running, bowling and boxing, hiking and golf. These men work at and master their sports, driven only by a burning need to prove themselves. Movingly detailed here are their painful journeys to grace, and their eventual realization that no victory brings lasting happiness. In short, here is the human experience, told in seconds and miles, scorecards and records.

What listeners say about The Agony of Victory

I can get past the narration

I have been trying forever to get through this book. It’s like listening to a robot. I just can’t do it.

I suspect this actually could have been a good book but the narrator was so awful. He exudes boredom with his own subject matter and speaks too quickly but without any expectation. I really think the subject matter itself is interesting but could not get beyond the narrator and gave up on the book