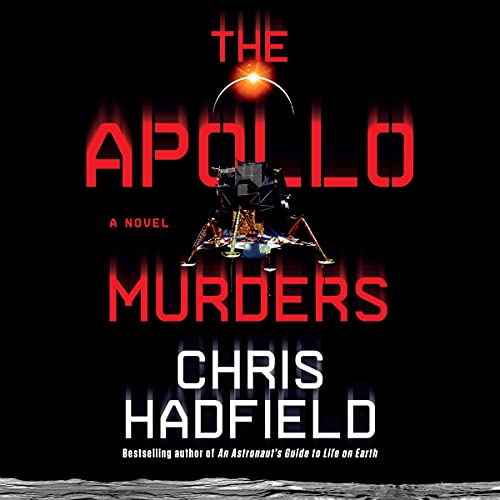 Written by: Chris Hadfield
Narrated by: Ray Porter
Try for $0.00

The number one best-selling Canadian astronaut Chris Hadfield is back with an exceptional Cold War thriller from the dark heart of the Space Race.

“An exciting journey to an alternate past.” (Andy Weir, author of The Martian)

“Nail-biting.” (James Cameron, writer and director of Avatar and Titanic)

“Not to be missed.” (Frederick Forsyth, author of The Day of the Jackal)

As Russian and American crews sprint for a secret bounty hidden away on the lunar surface, old rivalries blossom and the political stakes are stretched to breaking point back on Earth. Houston flight controller Kazimieras "Kaz" Zemeckis must do all he can to keep the NASA crew together, while staying one step ahead of his Soviet rivals. But not everyone on board Apollo 18 is quite who they appear to be.

Full of the fascinating technical detail that fans of The Martian loved, and reminiscent of the thrilling claustrophobia, twists and tension of The Hunt for Red October, The Apollo Murders puts you right there in the moment. Experience the fierce G-forces of launch, the frozen loneliness of Space and the fear of holding on to the outside of a spacecraft orbiting the Earth at 17,000 miles per hour, as told by a former Commander of the International Space Station who has done all of those things in real life.

Strap in and count down for the ride of a lifetime.

“There’s maybe one person on Earth with the writing chops and the expertise to write a to-the-moon thriller this exciting, this authentic. Chris Hadfield is that guy.” (Linwood Barclay, New York Times best-selling author of Find You First)

"A nail-biting Cold War thriller set against a desperate Apollo mission that never really happened...or did it? It’s a very rare book that combines so many things I love, from taut suspense and highly realistic action, to the golden age of space exploration. I couldn't put it down.” (James Cameron, writer and director of Avatar and Titanic)

“An explosive thriller from a writer who has actually been to space and back.... Strap in for the ride.” (Gregg Hurwitz, New York Times best-selling author of the Orphan X novels)

What listeners say about The Apollo Murders