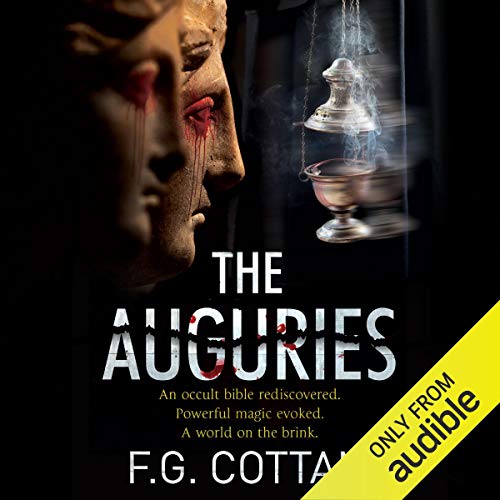 In the 1500s an almanac full of magic spells was put together by someone intent on bringing about the End Times. It has resurfaced and is being used indiscriminately.

An unexpected lunar eclipse. A poisonous fog that cripples the capital. Statues that weep blood.

As the catalogue of calamities mount, fear and paranoia provoke rumours of terrorist attacks. But from whom?

History professor Juliet Harrington is an authority on 16th-century mysticism and a long-time believer in the existence of the Almanac of Forbidden Wisdom, a potent spellbook. Legend insists it was compiled in that period by a cabal of powerful occultists. Its magic is summoned only at disastrous cost, signalled by the Auguries. Juliet is convinced that the recent plague of disasters means someone reckless is using the book - and she has little time left to stop them.

What listeners say about The Auguries

Ending a bit weak but story fantastic overall. The love story was meh and didn't add much.