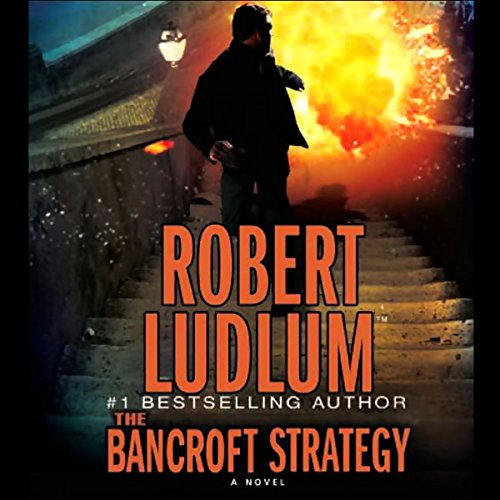 When Todd Belknap - a legendary field agent for Consular Operations with a reputation as something of a cowboy - is cut loose from the agency after an operation goes wrong, his best friend and fellow agent is abducted in Lebanon by a militia group with a vicious reputation. When the government refuses to either rescue him or negotiate for his release, Belknap decides to take matters into his own hands.

Meanwhile, hedge fund analyst Andrea Bancroft gets a surprising call - she is to receive an unexpected bequest of six million dollars from a cousin she never met. With one condition - she must agree to sit on the board of the Bancroft family foundation, a charitable organization that is run by the family patriarch, Paul Bancroft.

Having never been involved with, or even met, the family - her mother was briefly married to a Bancroft and cut off all contact many years ago - Andrea is intrigued. But the foundation, which is dedicated to doing strategic good deeds, appears less and less benign the more deeply involved she gets.

What exactly is their involvement with the "Genesis" - a mysterious group working to destabilize the geopolitical balance at the risk of millions of lives? As events escalate, Todd Belknap and Andrea Bancroft come together and must form an uneasy alliance if they are to uncover the truth behind "Genesis" - before it is too late.

I have read Ludlum over the years and this was not Ludlum. He would turn over in his grave if he read what someone signed his name to. The story seemed to be an opportunity to present a sophomoric schlock philosophy. Worse it was done using Tom Swiftie type lines such as "It was a boring book" he said sleepily. "If possible the narration was even worse" he said incredulously.

When was this written?

Allegedly by Robert Ludlum. No way. It's an ok story but DEFINITELY not Ludlum. Mr. Ludlum died in Naples Florida in 2001. Some of the technology referred to by name in this book did not exist in 2001. Like many of the other posthumous "Ludlum" releases, this is at best a fair approximation of Mr. Ludlum's style with none of his verve or style. Todd Belknap is no Beowulf Agate or Vasili Talienikov. The Lustbader written Bourne book is far superior and much more true to Ludlum's style and pace. The Bancroft Strategy is choppy made for TV fiction with none of the Ludlum modality. You may enjoy the story, but Ludlum it is not.

Ludlum is Spinning in his grave

New member and wanted to start with a great book. Was always a Ludlum fan and a fan of spy novels in general. This is by far the worst book I have ever come across. It reads like a horrible romance novel.

I thought that this was a book that he had written and published posthumously. I was wrong - this must have been a bunch of notes that someone has filled in many blank spots with bad - no VERY bad - fillers and random characters.

Ludlum is Dead - please let him rest peacefully and stop diluting his body of work with this horrid trash.

This book could have been 1/3 of the length it was. The charachters just keep getting out of the same predicaments over and over! This book was pathetic and cheesy. I believe I have listened to my last Ludlum novel!

Fantastic from start to finish

The Narrator was amazing, the depths of description was amazing. just couldn't stop listening!
awesome

Couldn't put it down for its fast-paced action. Characterizations--not so much. Very good performance with believable accents and appropriate dramatizations. I'm sure the performer greatly augmented his vocabulary in the course of the production.

As always a great R. L. Story. I am a great fan. And i'm in the process of getting all his books.

I enjoyed this book a great deal; I'm kind of a Ludlum fan, and though this book was kind of formulaic, I'm okay with that. It wasn't stellar, but it didn't suck, either. How's that for fence sitting?

Long and kind of boring

Too wordy and anticlimatic.