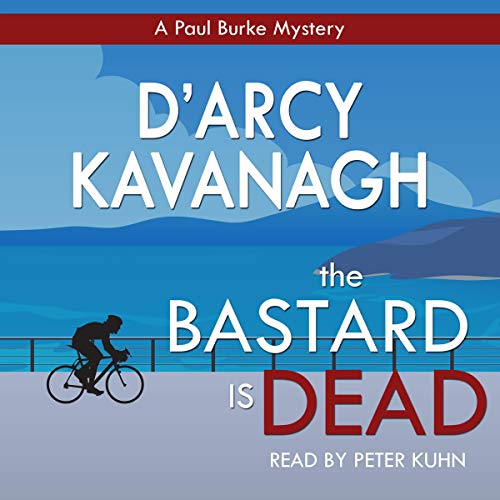 The Bastard Is Dead

The Paul Burke Mystery novels are a fresh and innovative take on the amateur sleuth murder mystery genre. Set against the backdrop of the beautiful French Riviera, ex-pro cyclist Paul Burke lives a quiet and simple life blogging about sports.

In The Bastard Is Dead, Burke is assigned to cover the Tour de France. But when the unexpected happens and Pierre McManus, a team trainer celebrated by fans but hated by his fellow riders, dies just as a stage race ends, it’s a shock to everyone. And when a second controversial death involving a former teammate of Burke’s occurs, Burke suddenly finds himself mixed-up in murder. The only problem is, learning the real truth may just cost him his life.

The Paul Burke Mystery series will take listeners across Europe as Burke and other reoccurring characters visit the Provence area of France, the Austrian section of the Danube River, the French island of Corsica, and the Catalonia region of Spain, all areas where Kavanagh has traveled extensively. The rich history, scenery, and culture will also appeal to travel buffs and food aficionados.

What listeners say about The Bastard Is Dead