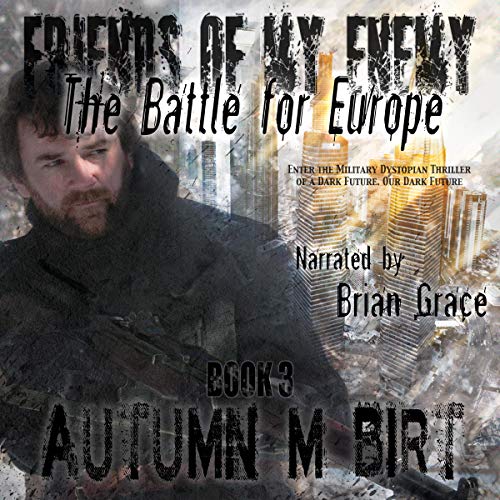 The Battle for Europe

For the Guard, keeping Europe safe has never been more difficult.

The hunt for information on the FLF endangers lives, including one very dear to Arinna Prescot, the leader of Europe’s military. But as Derrick Eldridge volunteers for a risky mission to infiltrate the enemy, he leaves his best friend alone in confronting the ministers of MOTHER, who secretly manipulate Europe’s government. The same ministers who wish to remove Arinna and will not take a new threat to their power lightly.

By refusing to step aside as the unsanctioned leader of the Guard, Arinna widens the rift between Europe’s military and MOTHER, leaving the Guard scrambling to find enough soldiers to protect the border. Control of Europe hinges on internal plots, but Europe’s powerful are not hatching the only conspiracies. The battlefield is quiet, but the fighting has not ceased. And its outcome will determine who rules Europe.

Continue the military dystopian series Friends of my Enemy with book three, The Battle for Europe. Set in Europe, this series unfolds through the intersecting lives of a small handful of people. Though a fiction novel, real events such as terrorism, climate change, and manipulated politics play a role in this riveting story of romance, love, betrayal, and sacrifice made for the good of a continent.

What listeners say about The Battle for Europe