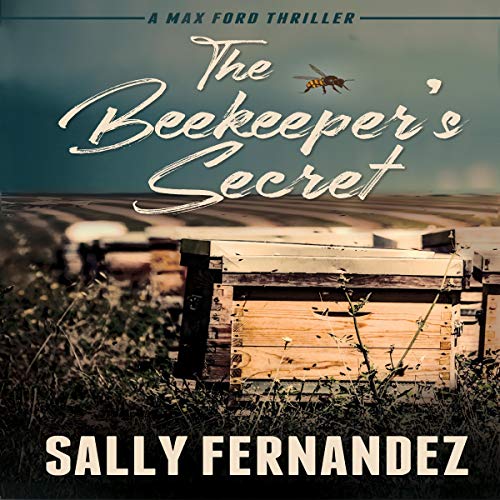 Written by: Sally Fernandez
Narrated by: Belinda Lams
Try for $0.00

Senator Jeffrey Lance was found dead in the Amazon rain forest under mysterious circumstances. Years before, holistic doctors throughout the country had also died from shadowy causes. Could they be connected?

There was only one answer in the irrepressible mind of Maxine Ford. With the scent of a hound dog, she swings into action as these deaths raise doubts. In hot pursuit, she uncovers some baffling revelations that sends her off to New Mexico to track down a beekeeper. Following a bizarre chain of events, she is thrust into the throes of a far-reaching investigation that looms larger with the introduction of Big PhRMA and the FDA. As it becomes clear that her adversaries are on her trail, you will find Max digging in her stilettos for another nail-biting thriller.

Could a beekeeper hold the secret to solving the mystery?

The risks did not deter Max from plunging ahead in her usual no-holds-barred style to uncover the answer. Neither the president, an international supranational body, nor an assassin at her doorstep, could dissuade her from discovering what was behind the potentially explosive, high-stakes game they were playing.

Novelist Sally Fernandez has seized another controversial subject from which she has confected an exciting fictional plot doused with alluring intrigue, while offering the listener a gripping story of a contemporary subject matter.

The facts from her precise research added to the stew only underscores the validity of the narrative. Listeners will be engrossed in a plot that provides a visit behind the scenes of a vital subject of current interest.

"Twists and turns abound as Fernandez precisely knits facts with imagination to entertain and to educate in a genuine page-turner too irresistible to put down." (Michael DeStefano, award-winning author of The Composer's Legacy)

What listeners say about The Beekeeper's Secret

Another tour de force from Sally Fernandez! The story is so very revealing and downright scary when you think about the impact that Big Pharma, with all their money, has on policy both here in the US and globally. Another thoroughly researched topic spun into a captivating thriller! Can't wait to see what comes next in this series!

The Beekeeper's Secret is a well-researched thriller that keeps the reader captivated and guessing about what comes next. The audio reader, Belinda Lams, is superb. Her portrayal of the characters in the novel brings each one to life. Max Ford, the main character, is very likeable, smart and engaging. Sally Fernandez weaves a fascinating tale that will hold your interest until the very end. The Beekeeper's Secret not only entertains, but also encourages the reader to question and ponder without immediately accepting that which is presented to us.

You should get this book !

With my background in medicine this is a must read/listen to book.
Totally impressed on the intense research that must’ve been done to have so many fabulous facts woven into this big pharma thriller story.