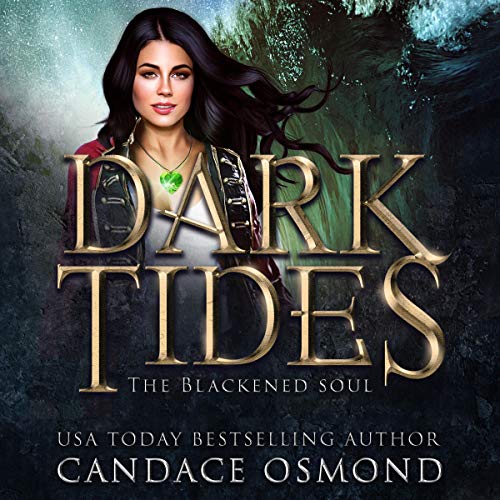 Written by: Candace Osmond
Narrated by: Samantha Brentmoor
Try for $0.00

Sail to England. Return the enchanted heart. Save the devil’s soul....

Dianna’s in over her head.

The Queen is her ship now. Hers to sail, and a crew to keep safe as they voyage across the Atlantic to stop Maria’s evil plan of killing her mother. The stress of responsibility, her pregnancy, and helping Henry deal with his PTSD has become a nightmare from which she has nowhere to run. Henry is suffering, refusing to let her in, and Dianna is worried that their love won’t survive the tumultuous journey ahead.

Just when she thinks all hope is lost, a massive storm hits and threatens to sink The Queen. By some miracle of fate, Dianna survives and finds herself alone, stranded on an island to fend for herself. But she soon discovers that the isle may not be as deserted as she thought.

Can she charm her way to safety and find her crew? Or will she be forced to stay on the island forever?

What listeners say about The Blackened Soul: A Time Travel Fantasy Romance

I wish I'd never started this series. The writing is terrible, the storyline is terrible, you just want to strangle the main character.

What an adventure! Can't wait for the final book in this amazing series to see what happens to Dianna, Henry, and the rest of the crew on The Queen