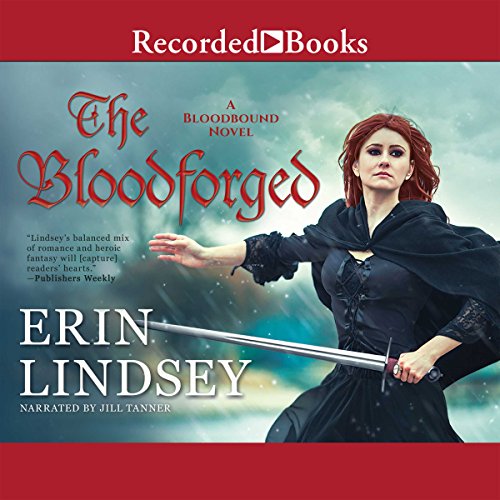 Written by: Erin Lindsey
Narrated by: Jill Tanner
Try for $0.00

The epic saga that started in The Bloodbound continues.

As war between Alden and Oridia intensifies, King Erik must defend his kingdom from treachery and enemies on all sides - but the greatest danger lurks closer to home. When the war began, Lady Alix Black played a minor role, scouting at the edge of the king's retinue in relative anonymity. Though she's once again facing an attacking Oridian force determined to destroy all she holds dear, she is now bodyguard to the king and wife to the prince. Still, she is unprepared for what the revival of the war will mean.

Erik is willing to take drastic measures to defend his domain, even if it means sending Prince Liam into a deadly web of intrigue and traveling into the perilous wild lands of Harram himself. Only the biggest threat to the kingdom might be one that neither Alix nor Erik could have imagined or prepared for.

What listeners say about The Bloodforged