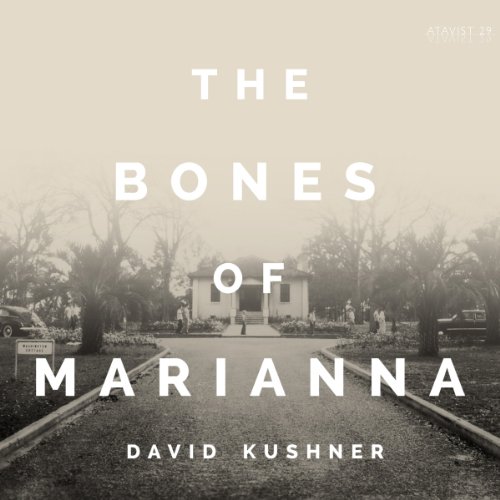 The Bones of Marianna

With its manicured lawns and well-kept college-style buildings, the Arthur G. Dozier School for Boys in Marianna, Florida-the largest reform school in the country-always seemed like a model for how to turn wayward teens back into productive members of society. But for decades, the century-old school's alumni whispered about a nightmarish reality that lurked behind the gleaming facade - a legacy of beatings, sexual abuse, and even murder, the evidence buried in unmarked graves on the overgrown fringes of the property.

In The Bones of Marianna, David Kushner tells the story of the unlikely crusaders who pushed Dozier's dark past into the light. A one-time high school football star, haunted by the memory of a departed teammate, spends years quarterbacking the fight to expose the truth, while an anthropologist uses cutting-edge technology to dig up grim secrets. Informed by months of reporting, Kushner delivers a gripping tale of hard-won justice-and exclusive details on more secrets that may be waiting to be unearthed.

What listeners say about The Bones of Marianna

Brings to light an era in how we were

One of my favorite authors. He always seems to capture a unique experience and place in time. He does this here as well. Nothing reply wrong to give it a 3, it’s just pretty short. Also it kind of glimpses over the overhaul history, history of reform schools, and society’s attitudes toward people there. If you are looking for a quick story it’s a great listen. I just wish there was more.

good recap, but lacks the substance of longform

I really enjoyed this as a quick synopsis of the story of the Florida Industrial School, it hits all the right notes, goes into some detail on the stories and the struggle to get justice, but it feels really bare bones for the subject matter. I know it is a 71 minute audiobook, and probably was meant to realistically fit into about a 30 page thinkpiece in a journal or magazine, but it feels like Kushner as an incredibly talented author and researcher could have done more with the story and fleshed it out to a book length story rather than a novella of nonfiction. I would recommend it as an entry on the subject but not as a definitive volume in the history of the school