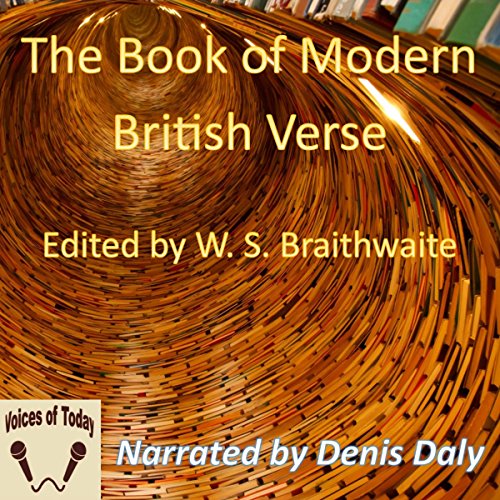 The Book of Modern British Verse

This anthology, first published in 1919, is very much a record of its time. Many of the poems deal with the cataclysmic trauma of World War One and the emergence of a new world order after the fading of the Edwardian era. Among the authors of the 151 poems can be found the names of Rupert Brooke and Ivor Gurney, best known as war poets. As well as poets like Edward Thomas, whose stars have somewhat faded, there are also contributors who are still celebrated today, but largely for literary pursuits other than poetry, ranging from James Joyce to the mystic philosopher Evelyn Underhill.

In the words of the anthologist: "This little collection is intended to present to American readers the character of contemporary British verse. The period has now definitely assumed the name of 'Georgian'. It began with John Masefield and has grown into the newer blossoming of Siegfried Sassoon, Robert Graves, and Robert Nichols."

The poets whose work is represented in this anthology are, in order of appearance:

What listeners say about The Book of Modern British Verse