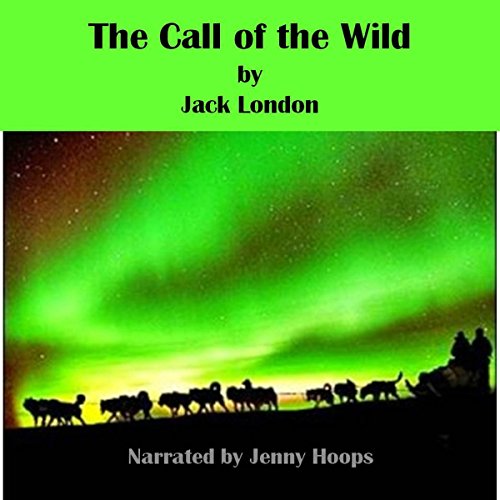 The Call of the Wild is Jack London's most popular and enduring work. Set in the frozen wilderness of the Yukon, it tells the story of the magnificent dog Buck, who is a loyal family pet until cruel men steal him and make him a pawn in their feverish search for the gold of the Klondike.

Brutally beaten into serving as a sled dog, Buck finds the blood of his wolf ancestors rising within him. As Buck becomes more acclimated to his working lifestyle in the wild north, he becomes more and more wild, asserting himself and overthrowing authority until he becomes the top dog. After being mistreated by his many changing masters, Buck eventually meets his one true master, and they traverse the Canadian landscape together. Unable to resist the call from the Alaskan wilderness, he breaks free to roam as the leader of a ferocious wolf pack.

What listeners say about The Call of the Wild

I received an audio version of this book to write a review.

I loved reading this book as a kid and enjoyed listening to it now. Jack London's story tells the tale of a sled dog's life.

Jenny Hoops does an excellent portraying all the characters people and dogs alike.

It's good to know that people are still interested in the classics.