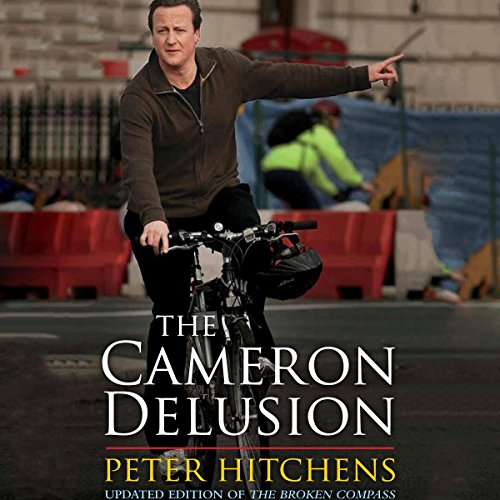 The struggle between the main political parties has been reduced to an unpopularity contest, in which voters hold their noses and sigh as they trudge to the polls. Peter Hitchens explains how and why British politics has sunk to this dreary level - the takeover of the parties and the media by conventional left-wing dogmas which then call themselves 'the centre ground'. The Tory party under David Cameron has become a pale-blue twin of New Labour, offering change without alteration.

Hitchens, a former Lobby reporter, examines and mocks the flock mentality of most Westminster journalists, explains how unattributable lunches guide coverage and why so many reporters - once slavish admirers of Labour - now follow the Tory line.

This updated edition of Hitchens' The Broken Compass (2009) features a brand new introduction. In an excoriating analysis, Hitchens examines the Tory Party's record in government and opposition, dismissing it as a failure on all fronts but one - the ability to win office without principle. The one thing it certainly isn't is conservative.

What listeners say about The Cameron Delusion

Peter and his brother are both in their own ways,

Amazing. I side with Peter on a great deal and found this wildly illuminating.
In particular, the discussion on the demise of railways and the subsiding of motor transport and the subsequent atomization in the UK and the US and the root it is to the worst aspects of social disconnectedness in UK and US society. In this discussion, it shows the ironic connection between the Wendell Berry agrarian yeoman impulse and the granola Jane Jacob's world. I love it when the left and right both like to keep things on a human scale and bring about natural connectedness. I always lament one of my favorite presidents creating the interstate system in the US. I wonder how many of today's ills are atteibutable to it.