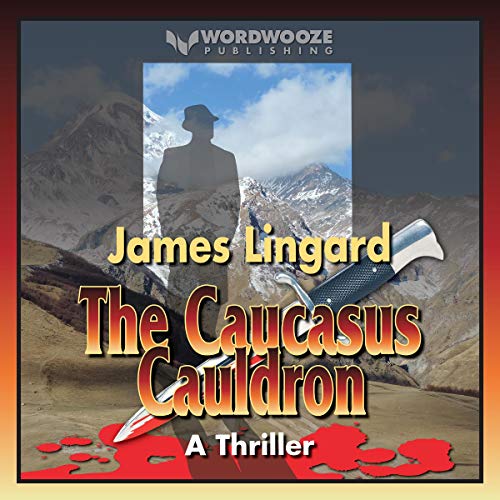 This breathtaking and brutal novel is a gripping tale set in the magnificent Caucasus Mountains during Georgia's ill-fated invasion of Abkhazia in 1992. The Caucasus Cauldron gives a vivid focus to a historical moment left out of the history books, a world ripping itself apart and ravaged by never-ending hatred and blood feuds.

Can our hero, Mac, trust the attractive Russian FSB officer, Kris, who befriends him? How will she react to Doctor Anna, a Separatist rabble-rouser who holds the key to his secret mission? And what about the mysterious Sergei, a former British agent, who seems to have disappeared?

How will Mac cope with the Chechen terrorist who has vowed to kill him? "You are a dead man, English. We know who you are. You are spying on our people. Now you die."

The result is an intense action-packed thriller full of danger, death, and fear but a story full of quiet humour and surprising twists and turns.

What listeners say about The Caucasus Cauldron

James Lingard tells a gripping story in The Caucasus Cauldron. I did read the story, and enjoyed it, but I also really enjoyed this audiobook. This is a great historical thriller. This author has a great imagination. The narration brings what I read in print, to life. Filled with spies, terrorists, and Russians, plus a lot more. In 1992 (which is an interesting year to now be called historical). The story revolves around Mac, the protagonist of the story, and is on a secret mission. The Georgian war has created separation, vengeance, and even distrust and hate. It's an interesting and intriguing story to follow. It is a very well-written plot, and I enjoyed it. The characters are so engrossing. If you love a good spy and conspiracy thrillers, this book should be next on your list. The reader goes back in time, all the way to 1992. The Caucasus Cauldron on audiobook is a definite listening recommendation by Amy's Bookshelf Reviews. I look forward to listening to many more titles by this author.