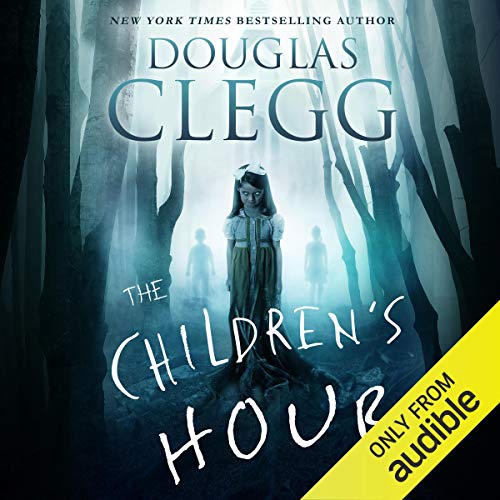 Written by: Douglas Clegg
Narrated by: Derek Shetterly
Try for $0.00

In this gripping supernatural thriller of horror and suspense - from Bram Stoker Award-winning author Douglas Clegg - something is terribly wrong with the children of Colony, West Virginia. Innocent though they seem, these kids come out at night - to hunt.

When Joe returns with his wife and two young children to the peaceful mountain town of Colony, West Virginia, he doesn’t expect to find the girl who disappeared when he was a boy. But she remembers Joe and her other friends who left her behind in a deep well within a mysterious barn.

Now, she's out for blood.

Is she a vampire? Or something more demonic...

Whatever’s lurking in the old mines under the town has been disturbed by Joe’s return. Joe did something when he was a boy - something that stopped the terror and evil from erupting. But now, a creature living in darkness wants out. It’s going to use the children of Colony to exact its revenge...Its hour has come round at last - in The Children’s Hour.

What listeners say about The Children's Hour

A dark and atmospheric novel of small town life and the evil that lives directly beneath the surface. It may have dragged a wee here and there, but it didn’t spin me out of the story and the slower interludes didn’t last long. Not that this is a fast novel to begin with…because it isn’t. It isn’t supposed to be. Mr. Clegg takes his time getting you familiar with the characters and the colorful backstory of Colony, West Virginia. And then all hell breaks loose...

Welcome home, Joe. We’ve been waiting. …All of us.

don't ever stop when driving through WV

YES. West Virginia has this strange vibe anyway, so when I read that this book was based on a fictional town called Colony, I thought, hm, this will be creepy for sure. Kids at night that "hunt"? Telepathic tendencies? Dead people in an old, dark, barn? People that lurk about in the woods? All checks out like getting lost on a WV back road.

What other book might you compare The Children's Hour to and why?

If Children of the Damned was an audiobook, I'd have to choose that one. I saw the movie some years ago and that movie was just as creepy. All these children with glowing eyes, roaming the town at night in search of souls. *shivers*

None of the scenes really stood out to me, because the book as a whole was great.

If you could rename The Children's Hour, what would you call it?

I struggled to finish this one. It was a huge disappointment compared to the twisted charm of Neverland.

The storyline was decent, but I had a hard time connecting with the characters. A well crafted story and great narrator should be able to propel you off of your couch and hold you captive. Instead, I was spoon fed character descriptions riddled with clichés. I wanted to throw my phone across the room towards the end. I don't think the author's heart was in this one.

When you listen to 10 hours of a novel and cannot picture what the characters look like and start drafting out out your grocery list in your head, you know you're screwed.

reminded me of Salem's Lot and It.

Narration was good. Story was good just not up my alley. Got tired of hearing about the creatures and how to destroy them. Love conquers all.

neat spooky small-town-horror thriller great for Halloween. original and interesting premise executed well. made me curious about the author's other works

Creepy kids are my downfall and this has plenty. High creepiness factor. Enjoyable narration. Totally worth it.

What would have made The Children's Hour better?

There was no focal point. The story was rather disjointed. Tell me why the main character, if there is one, is so "special" and why I should care about him. What does Abaddon have to do with this story?

His voice is soothing and he doesn't try to do voices. It's annoying when narrators do voices e.g. men mimicking women or worse, women mimicking men

What character would you cut from The Children's Hour?

John and his family because there was no clear cut reason why I should care about him.

Easy to follow plot in spite of having too many characters to keep track of. The author makes the drama feel fully personal.

It sucks you in and then doesn't let go until the last word on the last page! Great winter read!