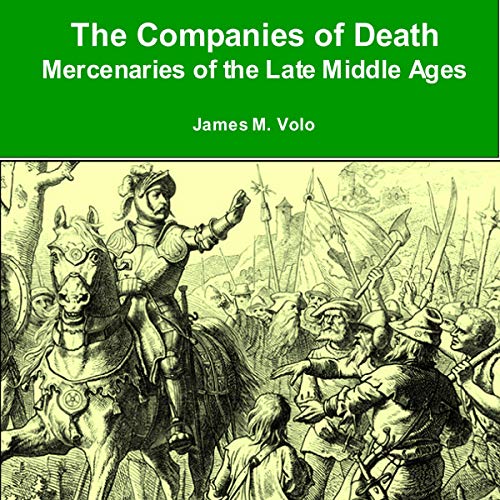 The Companies of Death: Mercenaries of the Late Middle Ages

During the rise of feudalism, the best weapon systems of the day had only been available to the select few, usually the lords and knights of the realm who had the income that could support them. As technology advanced, the crossbow, arbalest, and firearms were developed and a relatively untrained foot soldier could kill a knight with a single shot, canceling out a lifetime of mounted discipline. The more egalitarian methods of military organization in the Late Middle Ages and the Rennaisance challenged the nobility’s supremacy on the battlefield and ushered in the age of a more modern form of warfare with its more cynical and predatory aspect — the professional mercenary.

The true interest in the centuries of the High Middle Ages lies with the gradual evolution of new forms of military efficiency, which ended in the establishment of a military caste as the chief power in war and the human mechanism of government. The 15th century in particular was an era of change in military science. Many of the same forces that inspired the Renaissance in science, art, literature, governance, and society brought about changes in the right form of war. It was in this environment that the condottieri flourished. These mercenary bands of professional warriors largely replaced the knights of a more chivalric era.

What listeners say about The Companies of Death: Mercenaries of the Late Middle Ages