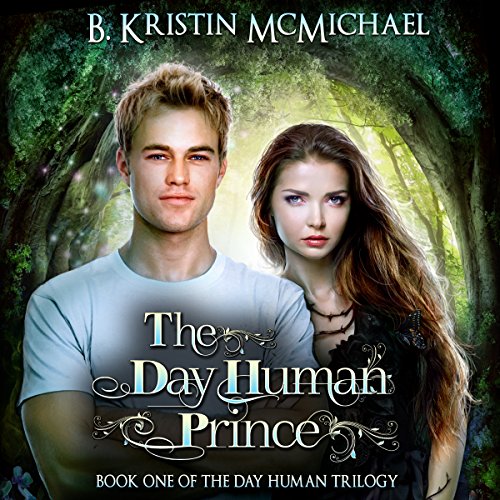 Written by: B. Kristin McMichael
Narrated by: Angel Clark
Try for $0.00

Book one of the Day Human Trilogy

Devin Alexander grew up as the only day human in a world surrounded by vampire-like night humans who drank blood, sometimes his blood. He spent his life training toward one goal: the protection of one of those blood drinkers, Arianna Grace. But what is he supposed to do when the blue-eyed girl of the legends doesn't need him anymore? What does his life mean then? How is a guy supposed to move on when the girl he has yearned over for a decade has chosen someone else?

Before he can even start to figure out his new life without Arianna, Devin has to deal with another problem. He needs to take care of some unfinished business with a night human he has known for less than a month, but with whom he is magically bound.

Vanessa McKinny has promised that she knows a way to undo the spell she placed on Devin to save his life. Devin would do anything to break the bond to be free of her, even if it means traveling to the sidhe village, a place inhabited by a race of night humans that has not had a day human visitor in more than 100 years. If he doesn't want to get stuck, he must work with Nessa to find a way to break the bond. Only then can Devin have time to get back to finding his new goal in life, unless he discovers that his path lies with the sidhe.

What listeners say about The Day Human Prince

I love everything that I have gotten. love your series. love feeling apart of the story

Loved it. Waiting fo r the next audio book in t g e day human series. I hope it's not too long a wait.

I love how Day Human Prince picked up right after the end of the other series HOWEVER you don't have to have read it to know what's going on!! That's kind of hard to do & B Kristin McMichael did it PERFECTLY!! Angel Clark did an amazing job narrating this book!! so far she's been my favorite narrator of all B. Kristen's Books! SO GREAT JOB!! I CAN'T WAIT TO SEE WHERE THIS SERIES GOES!!!

I loved the book and the story