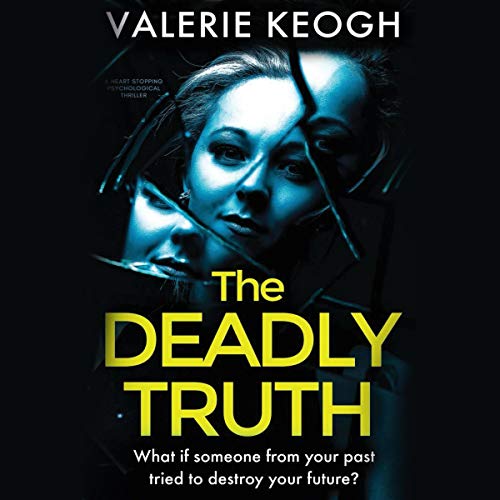 Written by: Valerie Keogh
Narrated by: Helen Duff
Try for $0.00

When Melanie Scott is promoted to junior partner, she thinks she has put her past behind her, and while out celebrating her promotion, she meets the handsome and charming Hugo Field.

Melanie has her doubts and is haunted by her mother’s critical voice, which reminds her that she’s messed up before. But when Oliver invites her for dinner, she buries the feeling and accepts his invitation. She deserves a chance at happiness, doesn’t she?

However, the past she thought she had left behind resurfaces when she receives an email containing a name - Anne Edwards - a name she thought she’d left behind. When the emails escalate, she knows she has to find out who is behind them, but at what cost?

Melanie is about to learn that the past will now shape her future forever....

What listeners say about The Deadly Truth

I took my chance with this book although it had no written reviews on audible. The story was shallow and with so much fillers without much content or story. Characters are not build up properly. Everyone was thrown into the story without much background info. Anyone with reasonable intelligence could figure out who is the culprit. Unbelievable story and character. Just like many poorly written books, this book dumps all the blame & responsibility onto one bad guy. The writer isn’t a true crime writer, lacks details and facts of deceptive/police work. Very strange ending too. Wouldn’t recommend this to anyone who value their time.