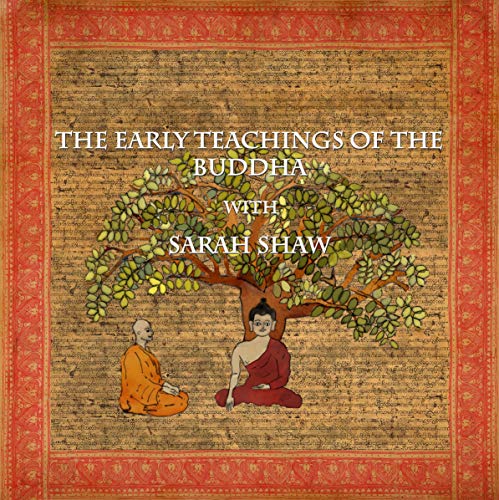 The Early Teachings of the Buddha with Sarah Shaw

This lecture series with Sarah Shaw looks at several texts in the Pali Canon from the Dīgha Nikāya, the “collection of long discourses”. Sarah explores the Buddha’s teachings on subjects, including meditation, ethics, meditative states, and conditionality. This series is an excellent foundation for understanding the underpinnings of all Buddhist philosophy.

The discourses are set within narratives of the Buddha’s life. These texts have varied genres designed to have different effects. They range from prescriptive ways to apply the practice, to evocative imagery that symbolizes the teaching, to ethical recommendations about how to act in the world. This course explains the context and background of these timeless teachings.

Sarah Shaw received her PhD in English from Manchester University. After studying Pali and Sanskrit at Oxford, she began teaching and writing on Buddhist subjects. She has written several books on meditation theory and practice, and jātaka literature. She is the author of several books, including Introduction to Buddhist Meditation, The Jātakas: Birth Stories of the Bodhisatta, and her most recent book, The Spirit of Buddhist Meditation. She is a member of the Faculty of Oriental Studies, University of Oxford, and Wolfson College. She is a fellow of the Oxford Centre for Buddhist Studies.

An “interesting”take from a “British” perspective

This is a classic “western” understanding of Buddhist mythology and cosmology.. I enjoyed it, but did not really learn anything about Buddhism except a modern secular perspective that tends to “psychologize” and therefore makes the Buddhist vocab more understandable to people with western education...