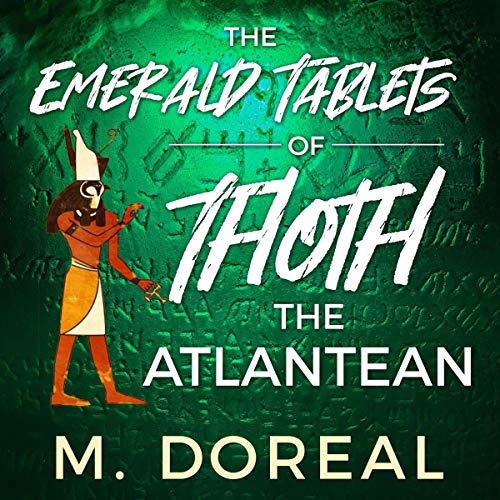 The Emerald Tablets of Thoth the Atlantean

The history of the Emerald Tablets is strange and beyond the belief of modern scientists. Their antiquity is stupendous, dating back some 36,000 years B.C. The author is Thoth, an Atlantean Priest-King who founded a colony in ancient Egypt, wrote the Emerald Tablets in his native Atlantean language which was translated by Dr. Michael Doreal.

This edition of the Emerald Tablets is unique in that it includes both the translation and interpretation by Dr. Doreal. Because of the tablet's reference to the Egypt and sacred geometry they became a priority reference for those studying the Flower of Life and the Merkaba meditation.

What listeners say about The Emerald Tablets of Thoth the Atlantean

terrible waste of my time

it was horrible. complete waste of time. I suffered through an hour before I had to stop

Only in Wisdom & Truth, One will find Enlightenment !!!

AWESOME Book, All of Mankind Should Read 📚 😀 👍🏻

Narration detracts from the text

I’ll stick to the written word on this text. The narration, tone and pacing, detracts from the ability to absorb what is being said, which is the purpose of narration for a book of this type.

I just hope Doreal was foreal

It packs lots of Christian,Taoist and or stoic wisdom for lack of a better allegory,I just hope he was not full of shet.

I'm certainly no stranger to the paranormal and esoteric world, but I couldn't make it through more than 10 minutes of this audiobook. it's as if your listening to a hard-to-follow story while while the narrorator is doing his best to speak like master Yoda, but in a normal tone of voice.

This audiobook was a laughing wast of a credit. Dolores Cannon audiobooks are way more informative and authentic regarding this sort of subject matter.

Good thing the cost of this nonsense was minimal… This purchase was made on impulse - never again.

excellent text. narrator was a little fast during difficult sections. other than that, great narration.