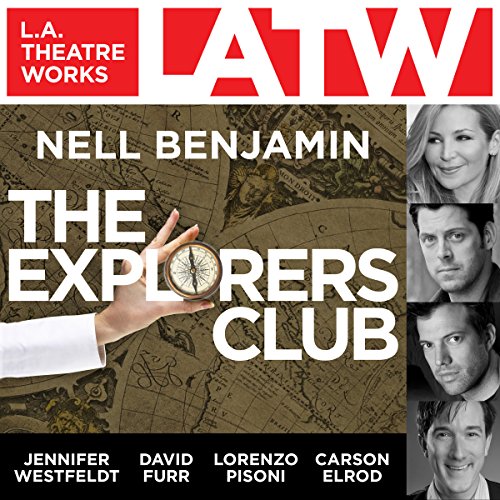 It's London, 1879, and the hapless members of the Explorers Club must confront their most lethal threat yet: the admission of a woman into their hermetically-sealed ranks. But the intrepid Phyllida Spotte-Hume turns out to be the least of their troubles, in this hilarious farce starring members of the original Broadway cast.

The Explorers Club is part of L.A. Theatre Works’ Relativity Series featuring science-themed plays. Major funding for the Relativity Series is provided by the Alfred P. Sloan Foundation to enhance public understanding of science and technology in the modern world.

What listeners say about The Explorers Club

So much more than I expected!

I rarely laugh out loud at audiobooks but this one had me guffawing! This was a lively Monty Pythonesque action story. It could have gone on much longer and I would have been pleased. It has animals, natives, crazy Irish, silly and sensible men, a surprise jungle and strong women including the queen. Fans of steampunk will also enjoy some references.