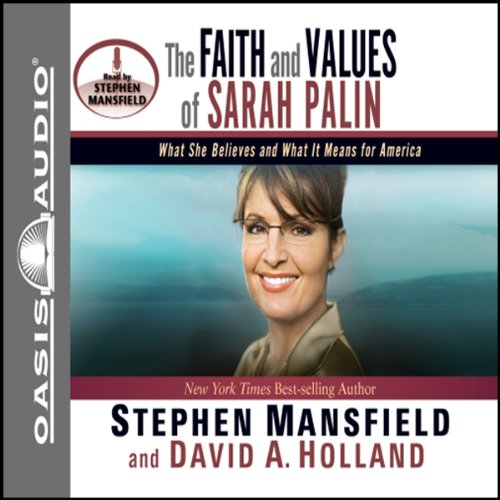 The Faith and Values of Sarah Palin

From the moment she joined John McCain on the Republican ticket in 2008, Sarah Palin has stirred a firestorm of emotion rarely seen in American politics. These passions arise from critical fault lines she exposes in our country, fissures that reveal much about who we are and where we are heading as a nation. The Faith and Values of Sarah Palin examines these critical divisions, looking at them through the lens of Palin’s life and faith. Neither biography nor commentary alone, this is rather a reappraisal, one that exposes the contentious divisions that currently define our country, including… Religion in American life: Most Americans believe in God, yet Palin has been attacked for her faith and her Pentecostal roots as though she is an inflamed member of the Taliban. Feminism and the conservative woman: Palin is a strong woman and a fiercely independent leader, and her strong pro-family, pro-life stance has rekindled the debate about what it means to be a feminist. The urban/rural divide: Palin’s rural roots have been so harshly treated by an urban media elite as to make Americans who identify with small town life wonder what has happened to their country. The rise of the Tea Party: Today, Palin is the symbolic leader of the Tea Party movement, which is influencing elections throughout the country and promises to do so for years to come.

What listeners say about The Faith and Values of Sarah Palin