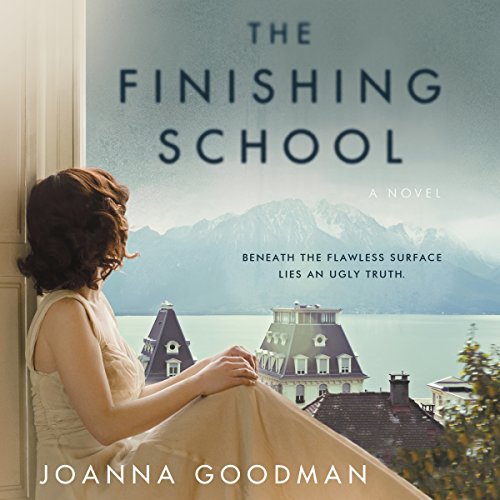 Written by: Joanna Goodman
Narrated by: Andi Arndt
Try for $0.00

In this suspenseful, provocative novel of friendship, secrets, and deceit, a successful writer returns to her elite Swiss boarding school to get to the bottom of a tragic accident that took place while she was a student 20 years earlier.

How far would you go to uncover the truth?

One spring night in 1998, the beautiful Cressida Strauss plunges from a fourth-floor balcony at the Lycée Internationale Suisse with catastrophic consequences. Loath to draw negative publicity to the school, a bastion of European wealth and glamour, officials quickly dismiss the incident as an accident, but questions remain. Was it a suicide attempt? Or was Cressida pushed? It was no secret that she had a selfish streak and had earned as many enemies as allies in her tenure at the school. For her best friend, scholarship student Kersti Kuusk, the lingering questions surrounding Cressida's fall continue to nag long after she leaves the Lycée.

Kersti marries and becomes a best-selling writer but never stops wondering about Cressida's obsession with the Helvetian Society - a secret club banned years before their arrival at the school - and a pair of its members who were expelled. When Kersti is invited as a guest to the Lycée's 100th Anniversary, she begins probing the cover-up, unearthing a frightening underbelly of lies and abuse at the prestigious establishment. And in one portentous moment, Kersti makes a decision that will connect her to Cressida forever and raise the stakes dangerously high in her own desire to solve the mystery and redeem her past.

As clever as it is compelling, The Finishing School offers a riveting glimpse into a privileged, rarefied world in which nothing is as it appears.

What listeners say about The Finishing School

who thinks it's creepy to harvest eggs from one's comatose childhood friend? That storyline would actually have made a really good suspense/thriller. If the narrator's insecurity and obsession with her best friend had led to the crime, and then to her stealing her genetic material...Anyway, that wasn't this story. This story was alright. The baby-making plotline was unnecessary and some of the character development overly expositional,but the mystery at the core was interesting. The setting/s and use of flashback semi- captivating. It was well read...decent Summer roadtrip listen.

this book was just ok

This is worth listening to but not her best work. Worth a deal price but not the full price I paid for it.

Draws you in and keeps you entranced throughout the journey. Difficult to put down or turn off. Truly enjoyed this mysterious story.

I couldn't finish it fast enough. absolutely enjoyed every chapter.i didn't see this ending like that. I'm impressed.

Really enjoyed this book. Well written, excellent narrator. Would give overall 4.5 stars only because the beginning was a little slow but - definitely hang in there because it’s like 5 mins out of the entire story. I was so enthralled I wanted to listen in bed!!

I just finished this novel and if felt like I was listening to someone's memories, but I was captivated by the mystery. The narration felt personable, but the variation in voices, tones, tenses, and time differences added to the story. This story is not one easily put down, you'll want to come to a full break before pausing it, if you're capable of that! Hands down one of my favorite books of 2017, and I'm looking into a few more narrated by Andi Arndt. AUDIBLE 20 REVIEW SWEEPSTAKES ENTRY

Sadly there wasn't one likable characte

So many times I almost gave up on this book, I have no idea why I kept listening. I listened to the end, but wish I had turned it off in the beginning. There wasn't a single character I liked. The whole premise of this book was just disgusting.

Lot's of twists and turns!

I give this 4 stars because it kept me guessing. A bit long of a story for me but mostly enjoyable. First time I have seen or heard of this author.

This was such a waste of time and credit; this story is very weak and boring. All characters are so unlikable and predictable. The "plot," if you can call it that, was so ridiculous and borderline creepy, simply too far fetch for me. I find the descriptions of times and places lack quality. Do not waste time and money on this.