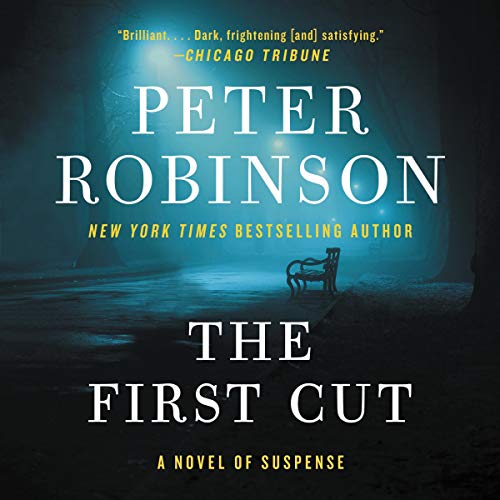 Published in the UK as Caedmon’s Song, this is a gripping stand-alone thriller from New York Times best-selling author Peter Robinson.

On a balmy June night, Kirsten, a young university student, is strolling home through a silent moonlit park when she is viciously attacked.

When she awakens in the hospital, she has no recollection of that brutal night. But then slowly, painfully, details reveal themselves - dreams of two figures, one white and one black, hovering over her; snatches of a strange and haunting song; the unfamiliar texture of a rough and deadly hand....

In another part of the country, Martha Browne arrives in a Yorkshire seaside town, posing as an author doing research for a book. But her research is of a particularly macabre variety. Who is she hunting with such deadly determination? And why?

The First Cut is a vivid and compelling psychological thriller, from the author of the critically acclaimed Inspector Banks series.

What listeners say about The First Cut

Only at the end of the book do we learn that there is a “text copyright 1990.” The information on the Audible website is misleading and downright fraudulent. I never would have bought a 30-year old book. Buyer beware.