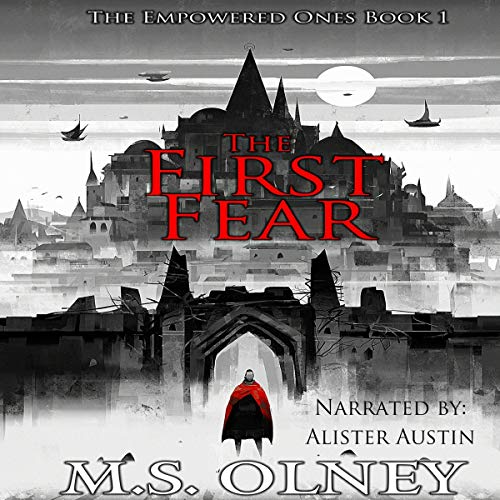 Written by: Matthew Olney
Narrated by: Alister Austin
Try for $0.00

The Supreme rules the world.

For centuries, the Supreme has reigned with an iron fist. The people are slaves to her whim and at the mercy of her followers who revere her as their goddess. Using a supernatural ability, known as the "Power", she is able to channel emotions and convert them into superhuman abilities.

Some resist. Not all live their lives in servitude. A few rare people also possess the power and try to fight. These empowered ones are hunted mercilessly by the supreme and her servants, for she knows the threat they pose to her will. None has dared to challenge her outright.

That is until now. Elian, a young boy living at the edge of the Imperium discovers he, too, possesses the power with devastating consequences for both himself and the girl he loves. On the run, they encounter a ragtag band of resistance fighters called the Liberators. Among their ranks are others with the gift and their leader Vavius, who believes that the key to overthrowing the Supreme lies in the ruins of the ravaged lands of the once mighty Kingdom of Aeranyth. Pursued and hunted for their gifts by the sinister First Fear and the Hollowed, the world's fate rests in the hands of the Empowered Ones.

What listeners say about The First Fear

As expected for an epic fantasy!

This story plays on the trope of the nobody turned hero, because he is especially gifted with powers that exceed everyone else's. It's well written and has some interesting concepts (such as the hollows and how they came to be). It threw me for a loop when guns / bullets were introduced. It's unique that you read a story that seems so classically sword & sorcery fantasy and then some more modern objects and devices are introduced.

The narration was also well done. I dropped the performance score by one star because the accent (for me, an American) was so thick I had to rewind a couple of times to understand the words.

Definite must listen for fantasy fans.

This is one of those books I got an early peak at, but was so overbooked I just didn't get a chance to finish it. When the audio book released, I knew I had to give it a listen. Its a good thing I did, because this was a story worth hearing. Taking a lot of the tropes of the last 20 years, the author takes bits of them, mixes them up in a blender, and makes them his own unique thing.

In a totalitarian empire, ruled for the last 300 years by the all powerful ruler, known as the Supreme, any dissent is dealt with in a draconian manner. The empire is basically a slave empire, with the vast majority of the population being slaves to the various nobles, who treat the slaves mercilessly to be able to afford the Empress's tribute. Life is cheap, and this is the society Elian was born into. Elian is the son of a serf carpenter, meaning he is free, within limitations. As a small kid, even at 15, he is picked on by the bigger kids of his village. He is often protected from the beatings by his best friend, Lizella.

After a prank as revenge against the bigger boys goes horribly wrong, Elian and Lizella end up on the run from the Supreme's enforcers when Elian develops powers in the stress dealing with the prank's aftermath, which draws the Supreme's forces after them. Now on the run, Elian and Lizella escape, only to foolishly be captured by slavers. Lizella faces life in a pleasure house, while Elian can look forward to a quick death in the gladiator pits, neither a fate they'd wish on anyone.

While on the road to the slave market, the slave train is attacked by rebels, and Lizella is freed. Escaping with the rebels, she goes with them back to their camp, only to end up on the run again after they are attacked. Elian is still captured, though, and ends up sold to a gladiator troop. He ends up training to be sword fodder, but his emerging powers, based around emotions creating different effects, means he doesn't die as expected. It turns out Elian is a rarity known as an Emergent, which means he can use more than one emotion to create magic effects. as opposed to a gifted, who can only use one emotion.

This all leads to a great confrontation down the road, as the rebels manage to take the city and the Supreme brings her forces to bear. She sends her head enforcer, the dreaded Hollow known as the First Fear, after Elian, as the Supreme's army attacks the rebel fortifications. This climactic battle leads to revelations about who and what Elian is, as well is who is behind the rebellion and the potential to defeat the Supreme.

The world building is quite intense and detailed. A slave empire, it is a harrowing life for the inhabitants. The magic system , and its rarity, is quite creative. The magic being created through the use of emotion to create specific effects, with varying levels of power depending on the emotional severity, can result in some wildly creative scenes. The struggle against the oppressive system, and the mystery behind it, is also intriguing.

This is one of those stories that hook you from the outset. Using tropes in a creative way isn't always easy, but the author manages it nicely. Fans of Brandon Sanderson should especially enjoy this story, as will fans of dark, gritty fantasy. It will be interesting to see where the story goes from this point.

This is an absolutely phenomenal story; very much reminiscent of Mistborn. The author creates a rich world filled with fully fleshed-out characters and one of the creepiest villains I've seen. He builds a gripping story that will stay with you long after the book is over. This is my first time I've heard this narrator and he delivers an outstanding performance. I'm now patiently waiting on book 2.

*Full disclosure: I was given this book in exchange for an honest review. My thanks to the author.

I enjoyed listening to this story and am interested in finding out what happens next.