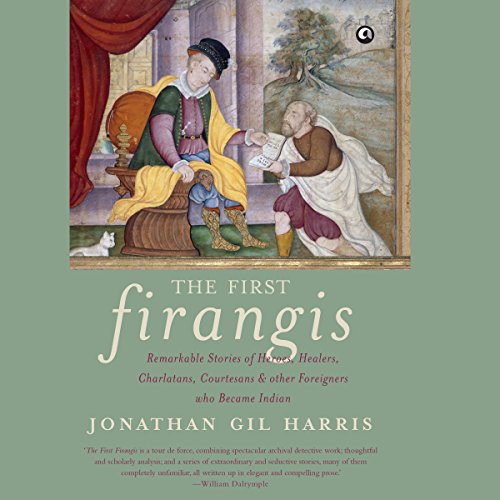 The Indian subcontinent has been a land of immigrants for thousands of years: waves of migration from Persia, Central Asia, Mongolia, the Middle East and Greece have helped create India's exceptionally diverse cultural mix. In the centuries before the British Raj, when the Mughals were the preeminent power in the subcontinent, a wide array of migrants known as 'firangis' made India their home. In this book, Jonathan Gil Harris, a 21st-century firangi, tells their stories.

These gripping accounts are of healers, soldiers, artists, ascetics, thieves, pirates and courtesans who were not powerful or privileged. Often they were escaping poverty or religious persecution; many were brought here as slaves; others simply followed their spirit of adventure. Some of these migrants were absorbed into the military. Others fell in with religious communities - the Catholics of Rachol, the underground Jews of Goa, the fakirs of Ajmer, the Sufis of Delhi. Healers from Portugal and Italy adapted their medical practice in accordance with local traditions. Gifted artisans from Europe joined Akbar's and Jahangir's royal ateliers and helped create enduring works of art. And though almost invisible within the archival record, some migrant women, such as the Armenian Bibi Juliana and the Portuguese Juliana Dias da Costa, found a home in royal Mughal harems.

Jonathan Gil Harris uses his own experience of becoming Indian through the process of acclimatizing to the country's culture, customs, weather, food, clothes and customs to bring the stories of these shadowy figures to vivid life.

What listeners say about The First Firangis