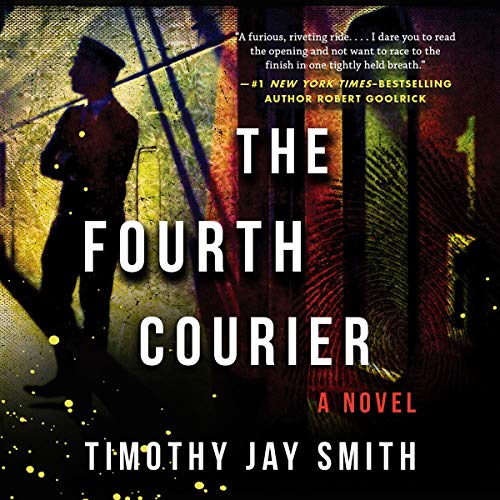 It is 1992 in Warsaw, Poland, and the communist era has just ended. A series of grisly murders suddenly becomes an international case when it's feared that the victims may have been couriers smuggling nuclear material out of the defunct Soviet Union. The FBI sends an agent to help with the investigation. When he learns that a Russian physicist who designed a portable atomic bomb has disappeared, the race is on to find him - and the bomb - before it ends up in the wrong hands.

Smith’s depiction of post-cold war Poland is gloomily atmospheric and murky in a world where nothing is quite as it seems. Suspenseful, thrilling, and smart, The Fourth Courier brings together a straight white FBI agent and a gay black CIA officer as they team up to uncover a gruesome plot involving murder, radioactive contraband, narcissistic government leaders, and unconscionable greed.

What listeners say about The Fourth Courier