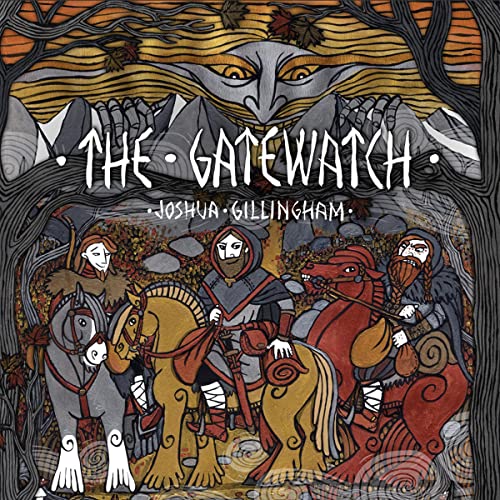 Torin Ten-Trees and his closest companions, Bryn and Grimsa, set out to join The Gatewatch and become trollhunters. When a troupe of meddling dwarves throws them off course, they are captured by trolls, and taken as prisoners to a secret gathering deep underground. There, they learn that an ancient giant has crowned himself king of the trolls, and he plans to utterly destroy The Gatewatch.

Their perilous journey back to the land of sun and stars will stretch their strength to the limit, strain their wits, and demand an unspeakable sacrifice. But will it be enough to defeat the Troll King?

The Gatewatch is a young adult, fantasy adventure inspired by the Norse Myths, the Icelandic Sagas, and the unforgettable landscape of the Rocky Mountains. Myth, history, and imagination fuse together in an epic troll-hunting saga, written for young adult readers.

What listeners say about The Gatewatch

Reminds me of The Hobbit

The Gatewatch I can only describe as the modern day version of The Hobbit containing many of the aspects which make that classic novel withstand the test of time. The story contains adventure, laughs, danger, magical items, and a whole sea of trolls to ratchet up the intensity. If you are in the mood for a throw back classical fantasy novel then look no further.

The story follows the journey of Torin Ten-Trees and his two companions Brys and Grimsa as they are making their way up the mountain to join The Gatewatch. The Gatewatch are warriors from across the land dedicated to defending the mountain pass from invaders. Along the way they run into three dwarfs who bestow upon our characters three magical items for helping the dwarfs on their travels. These weapons will come into play later in the story so keep an eye out for them. Eventually Torin, Brys, and Grimsa are captured by trolls and learn that an ancient giant has declared himself King of the trolls. An invasion will be taken place and our three main POV’s will have to escape imprisonment and form a resistance.

I realize this is a brief summary of the events but the detail and plot elements are so interwoven into the story that I would be doing a disservice to the reader’s enjoyment. Much in the same vain as J.R.R. Tolkien, The Gatewatch also contain numerous songs as well as riddles throughout the novel. Each one is beautifully written and well thought out in its delivery. If you are listening to the audio version of this book, the narrator nails the performance like a world class opera singer (minus the high pitch). The riddles were a lot of fun as well and brought me right back to the interactions between Bilbo and Gollum.

There are sections that readers will say this is almost an exact copy of The Hobbit and you are not wrong in thinking that. However, if this is what it takes to get more stories written in the classical tone and structure back in the main stream market, then so be it. Especially with this being the first book in the series and now the author can take the story in multiple different directions.

I had nothing but positive vibes and a huge smile on my face upon completion of The Gatewatch and very much looking forward for what is to come. With the second volume The Everspring released earlier this month, this shaping up to be a classical series I will reach back for time and time again!

Alex C. Stewart is the narrator for this audiobook. He has a lovely Scottish accent, which seems to fit Brynn, Grimsa and Torin nicely. The narration flows smoothly, with a slow calm pace. Alex has a talent for voices and is a master of many different accents – the characters come to life through his dramatic voices.

Capt. Calder comes across as gruff and tough with an air of the disciplinarian.

Wyla, Inga and Asa sound feminine, but the troll voices were so amazing and varied! I have no idea how Alex was able to make his voice sound like that!! Their description in the book: “Like shifting gravel, scraping stone” is fairly well represented.

Ognir’s voice has a surprising depth that lends him some wisdom.

Alex expertly adds tension to the chases and action sequences with his changes of the pace of his narration.

This was a fantastic 5⭐️ narration of a really enjoyable story. My full review of the book can be found on Amazon’s website.