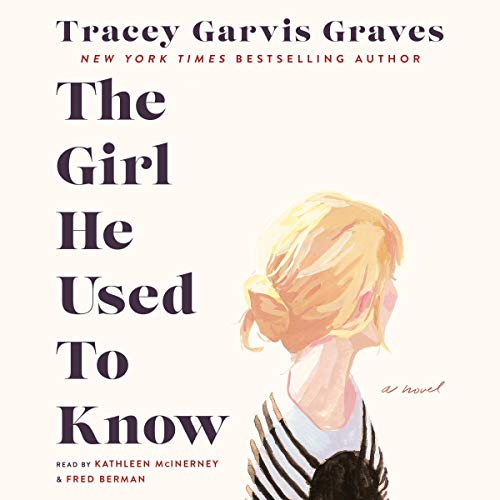 The Girl He Used to Know

Annika (rhymes with Monica) Rose is an English major at the University of Illinois. Anxious in social situations where she finds most people's behavior confusing, she'd rather be surrounded by the order and discipline of books or the quiet solitude of playing chess.

Jonathan Hoffman joined the chess club and lost his first game - and his heart - to the shy and awkward yet brilliant and beautiful Annika. He admires her ability to be true to herself, quirks and all, and accepts the challenges involved in pursuing a relationship with her.

Jonathan and Annika bring out the best in each other, finding the confidence and courage within themselves to plan a future together. What follows is a tumultuous yet tender love affair that withstands everything except the unforeseen tragedy that forces them apart, shattering their connection and leaving them to navigate their lives alone.

Now, a decade later, fate reunites Annika and Jonathan in Chicago. She's living the life she wanted as a librarian. He's a Wall Street whiz, recovering from a divorce and seeking a fresh start.

The attraction and strong feelings they once shared are instantly rekindled, but until they confront the fears and anxieties that drove them apart, their second chance will end before it truly begins.

What listeners say about The Girl He Used to Know

Perfect, the author really knows how to draw you into the story. I loved this book, couldn't put it down. I have listened to 20 books from audible and this is the first time I have been able to listen to a book in 1 day!

I was persuaded to read this after seeing the glowing reviews, but unfortunately I found this book completely unenjoyable. Graves, from my understanding, is not on the autism spectrum herself and it shows. Her portrayal of Annika felt more like inspiration porn than like a 3 dimensional portrayal of a neuro-atypical person. It seems to have been written with good intentions, but as a lot of the reader and critical response mirrors the tone (one review I read referred to the protagonist as a "remarkable young woman". Remarkable how? Just by existing, seemingly) the overall problem is something that is bigger than just Graves herself.

This book was everything I wanted and more. I connected deeply with the characters and was able to feel what they felt due to the amount of detail put into the writing. I’d definitely listen to this book again and I recommend it 100%

Don't get me wrong the book is okay, but the male characters are under written, and the beats are predictive. is a book for females that catastrophice their lives and maybe need some encouragement through Fantasy to get the courage they need to be more proactive. I was expecting something better I guess. but if you are a male reader I don't recommend it. it's perspective in romance is pretty by the numbers, just with a new paint and a dramatic ending that most people could not relate to, but that last few chapters makes it up for most of the books slow flow.

i have no words. this book was amazing in so many ways. definitely a book i would recommend everyone read.

Oh this book!!!! I spent a little time in the beginning thinking it was a slow starter but then it grabbed me and didn't let me go. It's hard to review this book without giving any spoilers so without details I will just say that this book hit so many buttons for me. I was on the verge of pausing the audio forever with 1 hour to go because I was so afraid of what was going to happen and wasn't sure my heart could take it. This story was so beautifully written and the characters were amazingly real. I know there must have been a lot of research done while writing this book because of the many subjects this book touches throughout the story. AMAZING book!

The narration was perfect! Both of them were great but Kathleen McInerney was Phenomenal! Her portrayal of Annika was award winning in my opinion!

I love Tracey Garvis Graves writing, so when I saw she had a new book, I jumped in right away. I didn’t read the synopsis and the cover didn’t really call to me, but I am so glad I picked this one up. I adored this story and these characters so so much.

Annika and Jonathan meet in chess club their last year of college. Annika is a truly gorgeous girl who is on the autism spectrum, and Jonathan falls hard for her. Their relationship has it’s ups and downs, but it’s so beautiful. Annika has a lot of trouble dealing with her autism at first, but she works on learning how to cope.

This book is set in 1991 (their college year) and 2001 (the present for them) and I think seeing how Annika is accepted with her behaviors is a true indication of how people perceived people who are autistic back then. Jonathan never makes Annika feel like anything less than the amazing woman she is and I loved that for her.

Annika and Jonathan’s relationship was so sweet and pure. What I loved most about it is that Annika was allowed to 100% be herself and Jonathan loved her for it. She’s autistic, she does her best, and it’s good enough for him. Where are all the Jonathans of the world? I hope they exists for the Annika’s of the world.

I also felt this was the most real depiction of an autistic character I’ve ever read about. Being in Annika’s head helped me to truly understand the thoughts and behaviors of someone different than me and I appreciated that. Annika had the best heart and I loved her so much. Jonathan, too. They were both incredible.
As much as I loved them both, their relationship wasn’t perfect. There was some conflict and a pretty big gap of time they were separated, but I understood it and did feel it was necessary for both characters growth.

I loved most everything about this book. The characters, the writing, the progression of the story. Honestly, I think had we gotten more of an ending/epilogue I’m sure it would have been a 5 star for me. I feel like after all we went through, we deserved more than a quick hfn. I wanted the real deal of an ending for Annika and Jonathan.

I cried all the tears towards the end of this book. I was so immersed in the story, I had my airpods in at the grocery with tears streaming down my face looking like an emotionally unstable wreck, but it’s okay. It was better than the alternative, which was waiting to finish this book!

If you’re looking for read that is emotional, heartwarming, and just a truly beautiful second chance romance with complex characters and spectacular writing, pick up The Girl He Once Knew. Side note, the audio was fabulous!

Thank You, for what is now my favorite book!

I'm tired. I'm a Police Sergeant in New York. I have just finished my midnight tour and this book but had to hold my sleep back a little longer to say how great, Intriguing and complete this book is. I want to badly comment on the ending but can't as not to be a spoiler. Absolutely loved it! Thank you and good night.

May have had too high of expectations.

I loved On The Island and had high hopes for this one. I read the paper version of On The Island and don’t know if that made a difference, but this audiobook just felt like someone laboriously narrating some events in their life like they were reading a dry textbook. Also with On The Island, there was suspense throughout as I had do idea what would ultimately happen to the characters. I don’t want to say what gave it away, but I knew what events were going to transpire in this book very early on. Once the book reached the climax, I felt it was way too rushed and only focused on the female character’s view point of which by design is only going to be able to present her specific mindset of the events.

I lived through the events facing the characters and there wasn’t nearly enough emotion and drama put into the narrative. This book was very tame and didn’t seem well researched.

The female narrator adapted a staccato cadence when in the voice of Annika and I understand why she did that but it made the character feel distant and robotic to me. I think if the book had used more of Jonathan’s voice, it could have instilled passion and emotion into the relationship and I would have cared much more what happened to both characters.

This book might as well be written by a high schooler. It is sweet and simple but too simple and borderline stupid. I returned it.

The Girl He Used To Know

I loved this novel and wished it was even longer than it was. It was such a sweet love story with a very interesting female protagonist. It was very easy to care about her right away. Jonathan was an equally compelling character and I can see why Annika would fall in love with him.

Great audible! Tracey Graves nailed Anika! I enjoyed this story. Was not expecting the ending. I do feel there were too many sex scenes that took away from the story of Anika,Jonathan, and Anika’s family and friends.

This book hits all those feelings

This book made me laugh out loud, made me sad, want to kick somebody’s ass. Broke my heart, more than once. Made me believe in humanity. Made me sit and reflect, made me crawl underneath my blanket for a good cry. One of my favorite reads. Definitely will be a reread.

mediocre storyline which emphasizes sex scenes and ends by going on a tangent surrounding Sept 11 and completely forgetting the characters.

After recommendations from a few people in one of my Audiobook groups I purchased this and am so glad I did! The story was beautifully written and the narration was perfect! I do wish there was an epilogue but that is just my preference and does not diminish my feelings and love for this book!