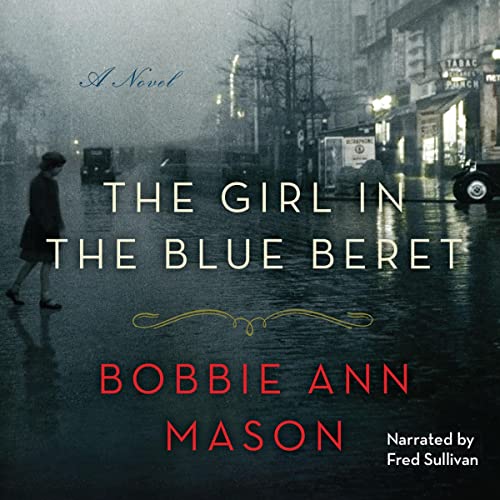 The Girl in the Blue Beret

Inspired by a true story, the best-selling author of In Country offers a gorgeous, haunting novel about an airline pilot coming to terms with his past, and searching for the people who saved him during World War II. After Marshall Stone's B-17 bomber was shot down in occupied Europe in 1944, people in the French Resistance helped him escape to safety. One of the brave French people who risked their lives for him was a lively girl in Paris—a girl identified by her blue beret. After the war Marshall returned to America, raised a family, and became a successful airline pilot. He tried to forget the war. Now, in 1980, he returns to France and finds himself drawn back in time—memories of the crash, the terror of being alone in a foreign country where German soldiers were hunting down fallen Allied aviators, the long months of hiding. Marshall finds the people who helped him escape from the Nazis and falls in love with the woman who was the girl in the blue beret. He also discovers astonishing revelations about the suffering of the people he had known during the war. Bobbie Ann Mason's novel, inspired by her father-in-law's wartime experiences, is a beautifully woven story of love, war, and second chances.

What listeners say about The Girl in the Blue Beret

I was so wanting to know how this story ended, didn’t realize it just Stopped. I looked at my phone twice to see if I had accidentally done something wrong but no, it just stopped. Very disappointing

Did not like the man’s performance of the female characters.

Enjoyed the perspective from which the story is written. But it just ended midair, so to speak. Still has questions to be answered. It feels incomplete.

This WWII story was from a very different perspective and held my attention. I was not satisfied with the ending, it was very abrupt and left many unanswered questions.

In a nutshell this is the story of Marshall, a retired pilot in 1980, who goes back to France to try and find the people who sheltered him during World War 2.

The publisher’s summary refers to his search as “a wrenching odyssey of discovery that threatens to break his heart—and also sets him on a new course for the rest of his life”. Huh? Are we talking about the same book??

I didn’t like it. I just didn’t “buy in” to the characters - and therefore the story. I could not relate to Marshall (the main character) so I didn’t believe his longing to connect with the past and embark on the journey. The rest of the cast was no better, they all seemed like caricatures more than anything else - cliché and exaggerated. … Frankly, I didn’t give a bleep about anyone!!

Regarding the narration, this book drove home my biggest pet peeve with audio books: a narrator who doesn’t have a knack for foreign languages or accents. In this case it was French, and it was very irksome to hear it be massacred over and over again. Things like: pronouncing “Rue” as “Roo” or pronouncing the N in “ca va bien” when it’s meant to be silent.

Glad to be done with this one!

Pass on this one

Painfully long drawn out story with a disappointing ending . Author took so long to drag this story out and then the ending was open ended

A boring narration of a pilot that was unconnected to life! He was so arrogant and unfeeling. sorry, this was the first time I could not finish a story. There just was nothing to draw me in.

I could keep going past the third chapter. The narrator was throwing me off. The story didn’t grab me.

Ending leaves you hanging, and not the good suspenseful kind “hanging”. Rather the kind of “hanging” like the story just stops. It’s over and I thought I’d missed something, but when I relistened, nope, it was just over. And although was very good in parts other parts drug along and the ending dumb and I would not suggest this book to anyone.

It is an interesting story that could have been told effectively in 3/4 of the time. Interesting observation at the end about looking back on memories.