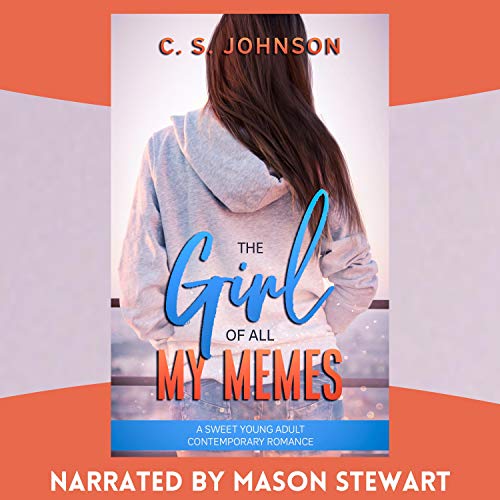 The Girl of All My Memes

The day I fell in love with Kara was the day I accidentally ruined her life, and I was as blindsided by ruining her life as much as I was by falling in love with her. According to my now ex-best friend, Miles, love is supposed to make you feel stupid, but I never thought my stupidity, or anybody else’s for that matter, would lead to such devastation.

Tenth grader Tommy Baher has always lived in the shadow of his older brother Johnathan, and he has always hated it. Determined to set himself apart from his brother, Tommy puts all his efforts into securing the highest grades in his class. There's just one problem standing in his way: Kara Metaxas, his longtime academic rival, who has always made his life at school difficult.

When Tommy and Kara are invited to participate in the Junior Science and Technology Symposium, an academic competition hosted by a prestigious college, Tommy sees it as a chance to prove himself to his parents and his peers. Tommy feels even more sure of himself as he begins to make funny memes using a picture of Kara. Everything is coming together for him. But when Tommy starts to change his mind about Kara - and subsequently, nearly everything else about his life - his memes go viral, and threatens to destroy everything Tommy has worked for.

Can he find a way to make things right with Kara before he loses everything?

What listeners say about The Girl of All My Memes

A timely tale about life, love, and the internet

We all love memes, but do any of us ever stop and think about the people in the pictures behind the memes? Did they want their pictures taken at that moment? Do they feel comfortable with some of the wording that ends up on their image?

This is a story about a boy who memes a girl to which all those answers are no.

Tommy took a photo. The photo was shared. The memes were made. Lives were ruined.

Tommy's POV is perfectly narrated by Mason Stewart, who proves himself capable of sounding like a young man as well as grown men and women, as he gives each character a unique voice. I love his sense of sarcastic timing as he performs the story rather than just narrates it.

The message of this story is timely as it relates to the internet and bullying, but also in that it's okay to ditch toxic friends and family. Tommy is constantly trying to earn his parents respect. But parents aren't perfect, and sometimes they have the problem, not you. It seems only once he hits rock bottom does he find people who truly care.

This compelling drama not only opens a dialogue about cyber bullying, but I think it should also be used to bring another point. The assumption that all pictures are free game on the internet. They aren't, and if people would respect that more, fewer memes would go viral. But then people not respecting others was one of the main issues that caused the problem to begin with.

Imagine A Walk to Remember but with cyberbullying. And an entire family that lives out their faith. That is this book. And it's amazing.

Tommy and Kara have been competing academically since middle school. For Tommy, it's personal. He needs to be top of the class because his brother was and it's how he will get his parents to pay attention to him. But over time, they become friends. The problem though is that before they became friends, Tommy took an embarrassing picture of Kara. Instead of deleting it as she asked him to, he shared it with his best friend and they both began making up memes about it. These memes eventually go viral without Tommy's knowledge and Kara is hurt as a result.

While this is a very entertaining story, it also deals with so many real-world problems. The issue of cyberbullying is huge. And despite all the school assemblies, I think a lot of people have no idea what cyberbullying actually is or that they are complicit in it. Even though Tommy didn't post any of the memes, he contributed to the problem by making them in the first place. He also began making them before he was friends with Kara. If they were friends and she knew about the memes and they both thought the memes were funny, it might have been fine even if they did go viral at some point. But he was having fun at her expense and when they went public she was embarrassed and hurt. That is cyberbullying. Even if it's unintentional.

Another problem that the story addressed was the health of Kara's mom. The book doesn't shy away from mental illness or depression but faces them head-on. Kara talks openly about the struggles her mom has faced and the entire family has faced because of her mom. She shares about her own struggles with depression and how she feels when her mom can't remember things. And Tommy gets to see firsthand how the entire family cares for her needs, even making her french fries every day when that's the only food she will eat. Kara's mom's challenges become Kara's motivation to help others like her.

Finally, this is an incredible story of forgiveness. That was the part of the story that was hardest for me to believe. Most parents I know, even Christian parents, would refuse to forgive a person who hurt one of their children. This family offered Tommy hospitality, listened to his story, and then showed him compassion. It's a good reminder that our character shines through the hardest times. When the default response is to forgive, a strong character is demonstrated.

I recommend this to teens and young adults and adults and anyone who loves a good story. In addition to everything else I've mentioned, it's a story of resilience and a reminder that even at our lowest points in life, we're not finished yet.

I received a free copy of the audiobook from the author and reviewed it because I loved it. The narrator did an incredible job as well.

I really loved this! It was fun, interesting, and addressed some interesting themes. My only struggle was connecting the emotional impact of the situation, I needed a little more buildup to really see how what happened affected the subject of the memes. I definitely recommend it, though!