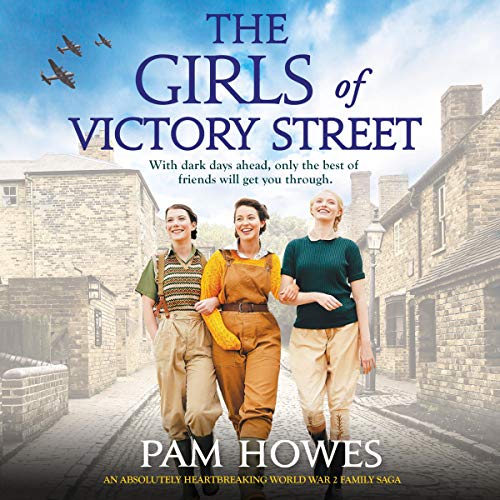 Written by: Pam Howes
Narrated by: Susie Riddell
Try for $0.00

From Amazon best seller Pam Howes comes an emotional World War Two saga about three young women whose bravery and friendship will see them through the darkest times.

Liverpool, 1939. Bella Rogers thought her life was just starting; she can’t wait to get married to her childhood sweetheart, Bobby. But when war is declared and Bobby is called up, his letters stop, leaving Bella heartbroken and alone. Then her family is torn apart by tragedy when her angelic 5-year-old sister dies from a terrible illness. They can barely afford a funeral, but the church is packed with the entire community, devastated for their loss.

Grieving for her sister and lost love, Bella finds a job at the Bryant and May factory, making matches. As bombs begin to fall, Bella gets the workers singing, keeping spirits high amidst the fear. When she meets a handsome American airman, Earl Franklin Jr, Bella’s heart finally starts to mend. Earl encourages her passion and soon she and her friends are offered the opportunity of a lifetime: to travel the country’s army bases, entertaining the troops and singing for victory. They name themselves The Bryant Sisters.

Just as her life is getting back on track, Bella finds herself pregnant - and Earl reveals a shattering secret that changes everything about their future. Desolate, she flees home to Liverpool, but as an unmarried mother, will her family reject her? And, as she faces a terrible sacrifice, will she ever sing with The Bryant Sisters again?

A heartbreaking historical novel about women in wartime, friendship, family and hope. Perfect for fans of Nadine Dorries, Diney Costeloe and Wives of War.

What listeners say about The Girls of Victory Street: An Absolutely Heartbreaking World War 2 Family Saga