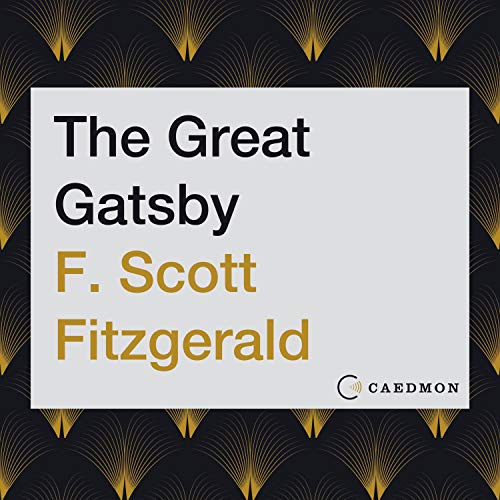 An undisputed masterpiece of 20th-century literature.

Set against a backdrop of jazz music, bootlegging, and lavish parties, The Great Gatsby is the story of Midwesterner Nick Carraway’s curious introduction to the decadent world of his mysterious, wealthy neighbor Jay Gatsby, whose thirst for riches is matched only by his tragic obsession with the beautiful Daisy Buchanan.

Penned in the “roaring 20s”, the novel continues to be the subject of numerous film and stage adaptations and has become a fixture in the American classroom. This dangerously propulsive tale of glitz and glamour continues to be relevant as listeners long for escapist novels - a chance to flee into Gatsby’s famed mansion and lose oneself in the rush of opulence.

What listeners say about The Great Gatsby

Alive and Wild! I finished it same day.

Tim Robbins does a FANTASTIC job as the multitude of players in Mr. Fitzgerald's classic. He grips you listening on and on.

I remember disliking "The Great Gatsby" in high school four decades ago but, back then, I don't think I understood why. I cannot say that it is one of my favorites now, even after so many years. But, today, with the majority of my years behind me, I better understand the shallow and temporary joy that comes from money, fame and status. I also have witnessed the tragedy of loneliness that comes from pretencious living and acting out expectes roles with no authenticity or depth of relationship.