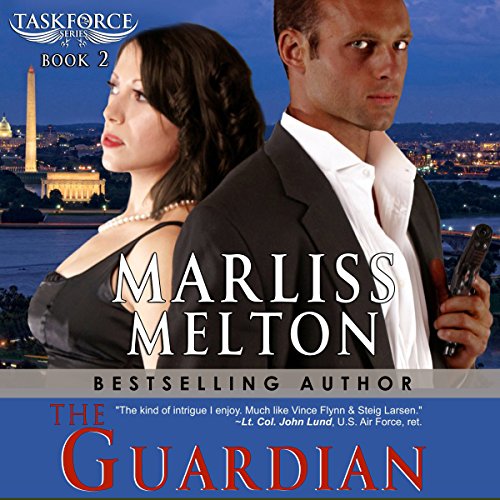 Written by: Marliss Melton
Narrated by: David Brenin
Try for $0.00

When the Patuxent River prisoner-reintegration program-known as "Gateway"-falls under suspicion as a terrorist training ground, FBI Special Agent Jackson Maddox is sent in to investigate. Adopting the name Abdul, Jackson fits right in, until his cover is threatened by a sexy bombshell taking his picture. An accomplished crime journalist, Lena Alexandra is on her own under-cover mission. Determined to send the man who raped and murdered her 15-year-old sister back to prison, Lena is interviewing Gateway's former-felons for a prison conversions book she's allegedly authoring. And not even the gorgeous ex-con named Abdul can derail her. Until he gets in her way by acting as her guardian. About to expose a home-grown terrorist plot reaching deep into the nation's capital, Jackson knows that he and Lena face a choice: figure out how to trust each other with their secrets and their lives. Or die in silence.

What listeners say about The Guardian

I need to start this review with a touch of housekeeping, this is in no way directed at the author, this is a big WTF to the publishers. See that cover art, it is very nice, usually I would say it has shelf appeal. I have a big issue with that perfectly smexy cover, the hero in this book is black, described several times by the author as mocha skinned. Hmm, that is not what the cover art is saying. This is a big no, no for me as a reader. The cover is meant to be a reflection of what is inside. This cover completely misses the mark or representing the interracial romance of the book.

On to the inside. This is the second book in the trilogy and it follows yummy agent Jackson!! I loved him in the first book and was thrilled he would find a HEA in this one!! His gal is Lena, she is sassy and independent. Perfect to she up Jackson, who has control issues! They have a great dynamic, even when they are pretending to be somebody they are not!!

There are a lot of names to keep track of in this book. It seems everybody has two or more names, it gets a little confusing at times. Thankfully there are not a lot of moments when people are referred to by both names.

I really liked the whole story this time, great detail and a bonus side plot. It isn't a nailbitter but it is a steady tale that progresses at a great pace. I was with it from the beginning to the end. Very current and believable storyline. The general feel was interesting and engaging.

The love happens quickly, but sometimes when it is right you just know from the start. I am willing to suspend belief for the romantic element. Oh la, there is a nice bit of steam tucked away here too!! I am talking some serious smexy stuff!!

I listened to the audiobook, once again narrator David Brenin does a bang up job. He has a really delicious voice, that gravely undertone brings naughty thoughts to mind! I like the slight accent on Jackson, it really sets him apart. Wonderful pace, steady but brisk at the same time. Honestly, I could listen to this guy read a phone book!

Overall great read. I loved the mixed narrative, it swapped between the leads POVs and even slipped in a few supporting characters. This was especially nice for getting into the bad guys thoughts. I am totally hooked and ready to jump into the third book!! Ms Melton might have a new stalker...um follower in me thanks to this series!

Disclosure - I received a copy of this book in exchange for an honest review. All thoughts, opinions and ratings are my own.

In for a surprise

When I first read the summary for this book, it didn't hit any of my hot spots! BOY WAS I WRONG!!!

Reporters and ex-cons... No way! I was surprised at how well the it all blended together! Trust me when I say that I won't be making that mistake again! Ms. Melton wrote a story that was gritty and surprising.

As for Mr. David Brenin, there is a part of me that wonders if he has a multiple personality disorder! There were actually moments in the book that I thought there were different readers! He did such a beautiful job giving each character their own voice.

Again this was an amazing team up of writer and narrator making a good book excellent!

Not everything is at is seems

Would you consider the audio edition of The Guardian to be better than the print version?

It was very intriguing...did not figure out the true bad guys until near the end. It is humorous
and sexy without going over the top.

Which character – as performed by David Brenin – was your favorite?

I liked all the characters but enjoyed the fact that Jackson got his own book and was able to open up from his character in the Protector. I probably would have given a different accent to Jackson though!!

I try to listen to them in one sitting but after work doesn't lend enough time to sit and listen to it in one sitting. But when I'm gardening and cleaning house I do listen non-stop!!!

I was introduced to audio by Wendy Lindstrom and have enjoyed trying out authors I haven't read yet. I just happened along Marliss Melton and thought I would give her a try. I love the Task Force series and have ordered those books in print....I will continue to read her as well as Wendy Lindstrom!! I am a big fan of "paper" so that says a lot about how well I liked these audio books to order them in print!!

Where does The Guardian rank among all the audiobooks you’ve listened to so far?

This is an above average audiobook of a story that is original in it's plot and characters. This isn't your typical romantic suspense!

I've been a Marliss Melton fan for years, and can't wait to listen to Toby's story!