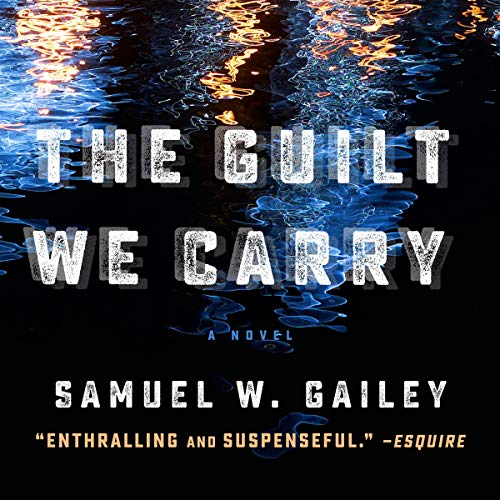 The Guilt We Carry

Since the tragic accident that brutally ended her childhood, Alice O’Farrell has been haunted by her past. Unable to bear the guilt of negligence that led to the death of her younger brother, 15-year-old Alice runs away from home. She lives on the streets, makes one bad decision after another, and drowns her guilt in alcohol. But everything changes when she stumbles upon a startling scene: a dead drug dealer and a duffel bag stuffed with 91 thousand dollars in cash.

Recognizing this as an opportunity for a fresh start, Alice takes the money and runs. However, she soon finds herself fleeing from more than her own past. The dead dealer’s drug supplier wants his money back and will destroy her to get it. A merciless manhunt ensues, headed by Sinclair, a formidable opponent who is relentless, shrewd, and brutal. As blood is spilled all around her, Alice is eventually faced with her day of reckoning.

In the end, The Guilt We Carry is a story about redemption and forgiveness, but at what cost?

Perfect for fans of The Girl on the Train and Winter’s Bone, Publishers Weekly praises The Guilt We Carry as “a gripping tale of redemption” and New York Journal of Books declares it “the Breaking Bad of the book world".

What listeners say about The Guilt We Carry

Exciting story, I wasn't able to predict it

I enjoyed this book I think even more because I listened to it. Jake Perrine really made the main antagonist come alive for me.
The story was fun because it showed a very different side of life and how we all work to survive in different ways. And I always love a good redemption story!