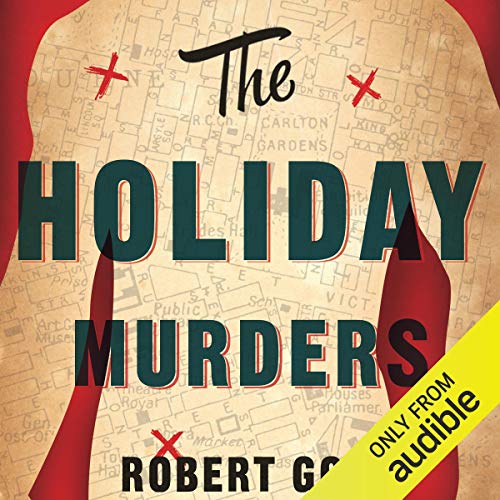 Written by: Robert Gott
Narrated by: James Millar
Try for $0.00

On Christmas Eve, 1943, the newly formed but undermanned Homicide division of the Melbourne police force is called to investigate the vicious double murder of a father and son. When Military Intelligence becomes involved, Homicide's Inspector Titus Lambert must unravel the personal from the political.

If only the killings had stopped at two. The police are desperate to come to grips with an extraordinary and disquieting upsurge of violence. For Constable Helen Lord, it is an opportunity to make her mark in a male-dominated world where she is patronised as a novelty. For Detective Joe Sable, the investigation forces a reassessment of his indifference to his Jewish heritage. Racing against the clock, the police uncover simmering tensions among secretive local Nazi sympathisers as a psychopathic fascist usurper makes his move.

The Holiday Murders explores a little-known and sometimes violent corner of Australian history, and finds oddly modern echoes in its paranoia, xenophobia, and ugly fervour.

What listeners say about The Holiday Murders