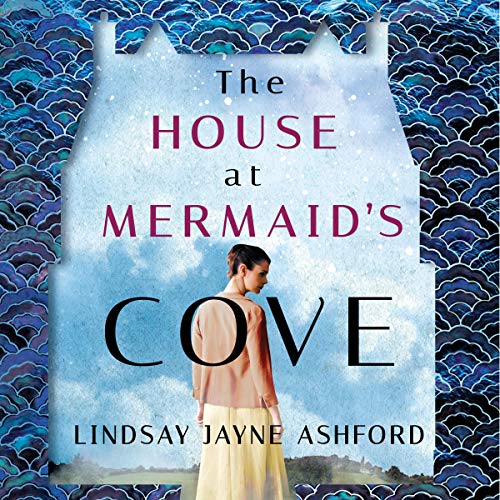 The House at Mermaid's Cove

As World War II rages, love, mystery, and secrets collide on the English coast in a riveting novel by the bestselling author of The Snow Gypsy.

In April 1943 a young woman washes ashore on a deserted beach in Cornwall, England. With shorn hair and a number stitched on her tattered chemise, Alice is the survivor of a ship torpedoed by a German U-boat. She's found by the mysterious Viscount Jack Trewella, who suspects that she's a prisoner of war or a spy. But the secret Alice asks Jack to keep is one he could never have guessed, and it creates an intimate bond he never expected.

With her true identity hidden beneath the waves, Alice grasps the chance to reinvent herself. But as she begins to fall for Jack, she discovers he has secrets too - ones echoing the legend of a mermaid said to lure men into the dark depths of the sea.

For two strangers in the shadow of war, lost love, and haunting memories, is it time to let go of the past? Or to finally face it - whatever the risks?

What listeners say about The House at Mermaid's Cove

I have always loved historical fiction and this one was no disappointment. I learned so much that I did not know and was happy swept along. It had a predictable ending but I still greatly enjoyed the journey.

Pretty good story. Learned more about WWII and about Cornwall. Now I REALLY am interested in visiting that place. The romance development was okay, and I wish there would've been more about the Nazis. Alice's life as a nun in Africa was intriguing. The narrator did a great job. The ending, for me, seemed a tad rushed. All in all, an enjoyable story.

I kept waiting for this book to get interesting . Upset at myself for listening. Disappointed

I am 83, it brought back so many memories both good and bad. Read it without stopping hoping all the while it would end as I hoped!

If I wanted to read/listen to a story about a nun who falls in love with a man then I would have sought that out. But absolutely nowhere in the description does it even mention religion or nuns! I’m not the least bit interested in romance stories – and certainly not interested in nuns!

Good, Not Really a Romance

This book showed up as a romance recommend fir me. It has the tiniest sprinkling of a romance with no real chemistry. But did that bother me? Not in the least. The book is more of a historical drama set in WW2 times. It was not my usual read but I did really enjoy it nonetheless.

The story is a nice one, but I like more mystery and intrigue in my stories. This became a little boring for me. The storyteller had a nice voice and did a good job.

I loved this book! I thought it was a great mix of history, love, and suspense - overall.

The sing-song voice of the narrator almost drove me to quit listening to this book at the second chapter. I kept hoping it would get better but it didn’t. For much of the book I couldn’t focus on the story because of the distraction of her voice. The story itself is very much a copy of several previous books I have heard with no originality. I continued to listen out of my determination to finish what I start. It was a difficult chore and I really wouldn’t recommend it to other readers. Save your time and find something you can really enjoy.

A beautiful tale of a young woman’s journey of faith set in World War 2 England and France is performed with enchanting Irish and French accents. Expect to be mesmerized by the story and sounds. The author has created a thrilling tale incorporating the work of the French Resistance into this lovely romance.