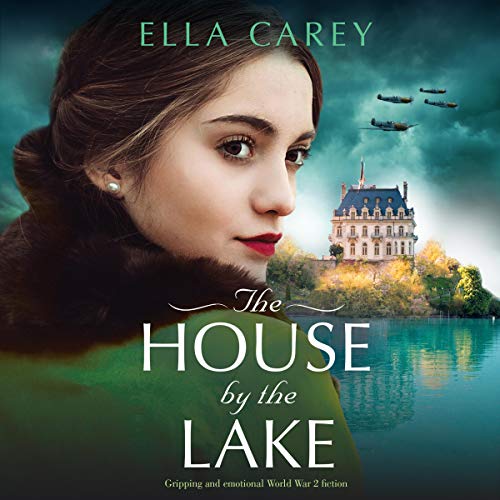 The House by the Lake: Gripping and Emotional World War 2 Fiction

Written by: Ella Carey
Narrated by: Teri Shnaubelt
Try for $0.00

The cobbled streets were dark as Isabelle hurried through the shadows, dodging in and out of doorways, constantly looking back. She worried the sound of her loudly thumping heart would give her away, as she peered around a corner. Suddenly, Isabelle was surrounded by Nazi soldiers, their black boots pounding on the pavement, barring her way....

1939, Berlin. Max Albrecht is the young and handsome heir to a beautiful house on a lake where he spent his happy childhood. As war approaches, his parents tell him he must join the Nazi party or the whole family will be killed. But when his beloved French fiancé Isabelle shows him the horrifying truth, Max faces an impossible choice: Protect his family or save the girl he loves?

2010, San Francisco. Anna Young is content with her life, running a bustling deli and taking care of her adored grandfather Max, who raised her. Max has never spoken of his past until he hands over an old map, the plans to a grand house just north of Berlin. With a shaking finger, he points to it and says, “I left something behind under the floorboards. Please bring it home before I die.”

When Anna arrives at the crumbling manor in Germany, she discovers a hidden engagement ring in a velvet box. She is desperate to find the woman her grandfather hoped to marry, but the local villagers look away when she mentions Max’s name, and back in San Francisco he is now in hospital, too unwell to speak to her. What did Max do so many years ago? Is Anna ready for the terrible secret that her family’s past may hold?

From best-selling author Ella Carey comes an unforgettable novel, weaving together past and present. Gripping and heartbreaking, The House by the Lake uncovers the secrets and devastating choices that people were forced to make during history’s darkest time.

Listeners are utterly captivated by The House by the Lake.

What listeners say about The House by the Lake: Gripping and Emotional World War 2 Fiction

A little bit of this book was hard to follow because I was listening to it on audible but overall I really liked it. It was a compelling story. The ending came upon me way too fast. I thought I had skipped ahead by accident. It seemed abrupt and I wanted more time for the characters to be together. Or at least have sex!!!

Delightful and addicting. A pleasure to listen to. History as it relates to people and families.