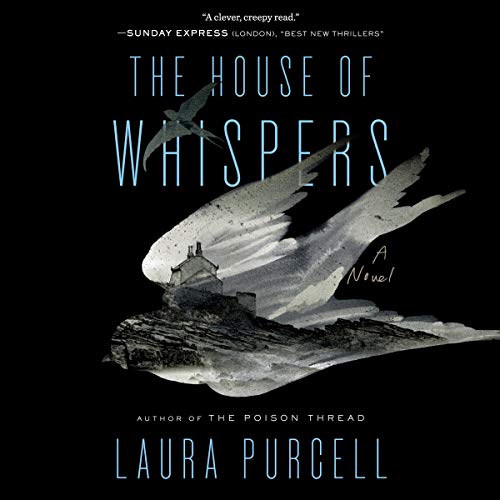 The House of Whispers

A gothic tale set in a rambling house by the sea in which a maid cares for a mute old woman with a mysterious past, alongside her superstitious staff - from the author of The Silent Companions.

Consumption has ravaged Louise Pinecroft's family, leaving her and her father alone and heartbroken. But Dr. Pinecroft has plans for a revolutionary experiment: convinced that sea air will prove to be the cure his wife and children needed, he arranges to house a group of prisoners suffering from the disease in the caves beneath his new Cornish home. While he devotes himself to his controversial medical trials, Louise finds herself increasingly discomfited by the strange tales her new maid tells of the fairies that hunt the land, searching for those they can steal away to their realm.

Forty years later, Hester arrives at Morvoren House to take up a position as nurse to the now partially paralyzed and mute Miss Pinecroft. Hester has fled to Cornwall to try to escape her past, but surrounded by superstitious staff enacting bizarre rituals, she soon discovers her new home may be just as dangerous as her last.

Laura Purcell's The Shape of Darkness is now out from Penguin!

"Purcell has a sure storytelling touch, a command of atmosphere and a keen eye for the telling details of social history. Oh, and she stores up some satisfying and suitably macabre final revelations." (The Guardian)

"Brilliantly atmospheric and chilling...I raced through the pages hardly daring to find out what would happen next. Laura’s characters and the world they inhabit are compelling, unsettling and richly drawn. A fabulous tale!" (Ruth Hogan, author of The Keeper of Lost Things)

What listeners say about The House of Whispers

Although I loved The Silent Companions and Poison Thread way more than this one, this book is certainly not without merit. Her research on consumption cures is truly well done. I also enjoy the way she builds up her Gothic landscape. My only issue with the book is the relatively weak climax, but that still doesn't change the fact that it's a very well-written book overall.

I think I'm done with Laura Purcell. I read The Corset and wasn't impressed, but I thought, maybe it was just the story that didn't do it for me. The plot of this one looked great. I love a Gothic mystery, and this sounded fun. But then.
So, the author seems to have a formula. Unlikable, morally ambiguous characters, plus situations that are either supernatural or the result of superstition and folie a deux. We never find out. My vote is on folie a deux. Folie a entire household?
So, in this one, the gimmick is magical bone china painted by a mentally ill woman with an obsession with fairies and changelings. And also a protagonist who is an alcoholic and laudenum addict.
Are the fairies real? Are people in the house really taken by them and replaced by changelings?
The first 3/4 of the book was painfully slow and uncomfortable. Not a heck of a lot happens, just people slowly going mad through a combination of superstition and substance abuse. Or discovering the existence of the paranormal. One or the other. We never find out. Ugh.

The narrators were good but the story was just flat and tedious. The book opens and the beginning is like the middle of the story. Then it jumps back and takes up the story as to what lead to the beginning. There is also another characters story told that jumps to 40 years back, interwoven with the main characters. The plot is predictable and the ending is no surprise. Flat, tedious and not the book I had hoped it could have been.

Laura Purcell is one of my favorite authors but this just isn't her best.

It's a damn shame too as it as so much promise. have to wonder if it wasn't a bit rushed to meet a deadline.

I had so much fun listening to this one. This is a true Gothic tale in the fashion of Dianne Setterfield's Bellman & Black, or even ....Jane Eyre or Wuthering Heights. The author has the goods and knows how to transport you to another time and place. The story was creepy (in a good way) and there was absolutely nothing one-dimensional about the characters. Such a relief! Hester is a good person who also is a criminal and a bit crazy. The rest of the characters are equally complicated, for the most part. This is my second novel of Laura Purcell's and certainly won't be my last. If you are longing for a great Gothic gem, this will probably satisfy you. The narrator's voice and reading style suited the story perfectly.

Didn’t like this one at all. Was it supposed to be a supernatural story, a story of madness, or just a gothic tale ? It seemed like a mish mash. One narrator was excellent - Elizabeth Knowelden - was excellent, the other was much too dramatic.

quite the cliff hanger

unique story, leaves quite a bit up to the imagination. great performance, wonderful descriptions .

Ehhhhh not my favorite

Laura Purcell has a knack for writing Victorian Gothic Tales but this one didn't quite hit the spot for me.

This book is told in two alternating story-lines. One where Louise Pinecroft's family has died from consumption. Leaving her and her Physician father alone and grieving. In his grief Dr. Pinecraft believes that he knows a cure - he is going to conduct an experiment using prisoners who have consumption and show how the sea air can cure them. He is housing the prisoners in the caves underneath their new home. While he treats his patients, his daughter is becoming more uneasy as her maid talks of fairies and how they hunt the land.

Hester Why arrives at Morvoren House forty years later to work as a nurse for the ailing and partially paralyzed Miss Pinecraft. She comes with some baggage, so to speak. She is fleeing from a previous job and finds her new living situation strange but not as strange as the customs and bizarre behavior of others who live there. Something isn't quite right here, but what?

I will agree that this book is atmospheric and Gothic but for me it has left me with more questions than answers. I felt confused at times throughout the book. The two story-lines do come together but with all of the confusion I felt of this Victorian read it left me a bit puzzled. For me this book felt a little disjointed and I would have liked the past and present story-lines to line up a little better than they did.

Perhaps I was holding this book up to a very high standard, after listening to "𝑻𝒉𝒆 𝑷𝒐𝒊𝒔𝒐𝒏 𝑻𝒉𝒓𝒆𝒂𝒅" which I indeed loved very much. This book just wasn't the best fit for me. I do however have another of Laura Purcell books to read "𝑻𝒉𝒆 𝑺𝒊𝒍𝒆𝒏𝒕 𝑪𝒐𝒎𝒑𝒂𝒏𝒊𝒐𝒏𝒔" and like this one I am looking forward to it. Here's hoping it will be a smash. 🤞