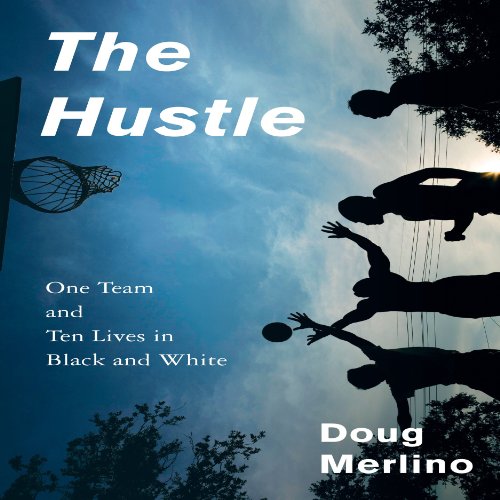 Written by: Doug Merlino
Narrated by: Bruce Lorie
Try for $0.00

The experiment was dreamed up by two fathers, one white, one black. What would happen, they wondered, if they mixed white players from an elite Seattle private school and black kids from the inner city on a basketball team? The team's season unfolded like a perfectly scripted sports movie: The ragtag group of boys gelled together to win the league championship. The experiment was deemed a success.

But was it? How did crossing lines of class, race, and wealth affect the lives of these 10 boys? Two decades later, Doug Merlino, who played on the team, returned to find his teammates. The result is a complex, gripping, and at times unsettling story. An instant classic of narrative nonfiction, The Hustle tells the stories of 10 teammates set before a background of sweeping social and economic change, capturing the ways race, money, and opportunity shape our lives.

What listeners say about The Hustle

This book starts out with a fascinating premise - How did their experience on this integrated team impact the lives of these young man, and what is their perspective on it so many years later?

Instead, the book becomes a seemingly endless lecture on the racial inequities in our society - in our legal, economic and educational systems.

Certainly these are important issues that must be addressed. But that wasn't what this book was advertised to be.

Very disappointed. Couldn't finish it. And ended up returning it.

Yes. In fact, I already have. I would recommend this book to anyone who is interested in the race and class divide that exists in the Untied States.There are som hard topics here that are presented in a thoughtful and, sometimes, funny way.

I did. Actually. I had several. There were a couple of times where I laughed out loud. Doug Merlino does a wonderful job of portraying his friends on the page. It also made me cry. Therre are very few books that can do that, Bridge to Terabithia and the Dark Tower XI being two of them, and this one did. It is an emotional journey finding out what happened to some of those kids after the team fell apart.

As someone who lives in Seattle, where the events of this book take place, I was fascinated to learn of the city's history. Having lived here for over 10 years now I have seen Seattle' weirdly passive brand of racism first hand. The Hustle does a terrific job of exploring many of the causes and effects of discrimination in the Pacific Northwest.

Originally, I was assigned this book as an extra credit project for a class I am taking, but as soon as I started listening to it I couldn't put it down. If you are at all interested in the class structure that dominates the USA check this book out. It is the best non-academic source I have ever read. It is funny, emotional, and eye-opwning.