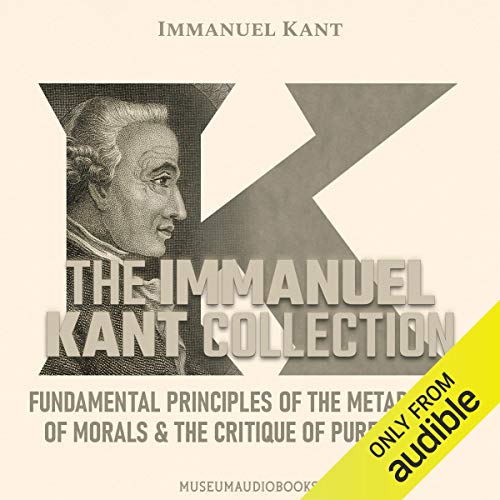 Written by: Immanuel Kant
Narrated by: Johann Zeiger
Try for $0.00

In The Critique of Pure Reason (1781) Kant seeks to establish the scope of metaphysics. A critique of pure reason means a critique of the faculty of reason in general, with the aim of reaching a decision on the possibility or impossibility of metaphysics. Building on the work of empiricists such as John Locke, as well as rationalists such as Gottfried Wilhelm Leibniz, he attempts to find solutions to the skepticism of Hume regarding knowledge of the relation of cause and effect and that of René Descartes regarding knowledge of the external world.

A key concept is the role of the categorical imperative, the idea that one ought to act only according to that precept that one would will to become a universal law.

What listeners say about The Immanuel Kant Collection