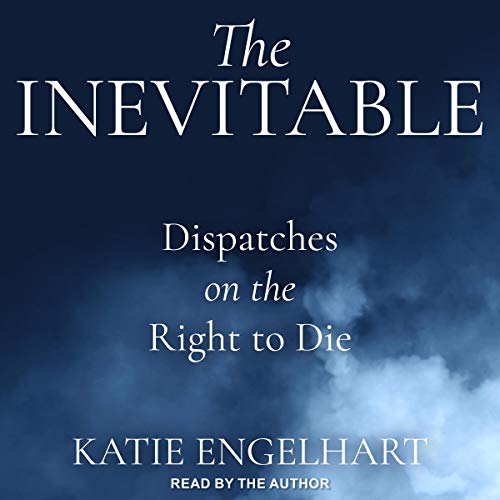 As much of the world's population grows older, the quest for a "good death" has become a significant issue. For many, the right to die often means the right to die with dignity. The Inevitable moves beyond margins of the law to the people who are meticulously planning their final hours - far from medical offices, legislative chambers, hospital ethics committees, and polite conversation - and the people who help them, loved ones or clandestine groups on the Internet known as the "euthanasia underground".

Katie Engelhart, a veteran journalist, focuses on six people representing different aspects of the debate. Two are doctors: a California physician who runs a boutique assisted-death clinic and has written more lethal prescriptions than anyone else in the US; an Australian named Philip Nitschke who lost his medical license for teaching people how to end their lives painlessly and peacefully at "DIY Death" workshops. The other four chapters belong to people who said they wanted to die because they were suffering unbearably - of old age, chronic illness, dementia, and mental anguish - and saw suicide as their only option. Spanning Australia, North America, and Europe, Engelhart presents a deeply reported portrait of everyday people struggling to make hard decisions, and wrestling back a measure of authenticity and dignity to their lives.

What listeners say about The Inevitable

A necessary book that helps facilitate the discussion on the right to die, hopefully making it less of a taboo subject. There’s much nuance in the movement due to imperfect laws and some of that is presented here, as well as how the laws work in the US, Canada, Switzerland and the Netherlands.

The book showed me my own personal biases and myths, as well as societal and religious ones without spelling them out. Highly recommend it to everyone who’s going to die.

Good overview of legislation not a how to

Good context. Glad that I listened to it. It could use a .pdf for footnotes etc.

The right to die is an incredibly interesting topic, and increasingly relevant with the aging population of the US. The author compiled a decent amount of first hand stories of people across the globe seeking to choose how and when they would die, with dignity. Clearly a lot of time Invested and well researched. My problem with the audiobook is the narration- sounded like she was a millennial talking to a friend about shoes and makeup. For me, the narration made it almost unbearable to listen to and unfortunately compromised the impact of the stories and the importance of the work many of the people are doing.

I am a death doula and am so grateful for Engelhart’s well researched and tender book. Honest, clear, and kind, this book takes a serious look at the complexity of the death with dignity movement and those who don’t quite fit in to it.