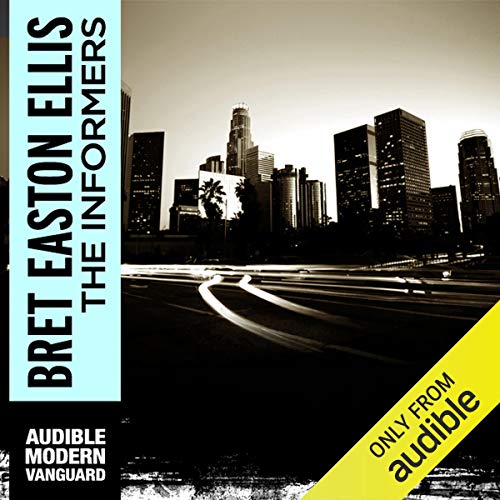 In this seductive and chillingly nihilistic new book, Bret Easton Ellis, the author of American Psycho, returns to Los Angeles, the city whose moral badlands he portrayed unforgettably in Less Than Zero. The time is the early 80s. The characters go to the same schools and eat at the same restaurants. Their voices enfold us as seamlessly as those of DJs heard over a car radio. They have sex with the same boys and girls and buy from the same dealers. In short, they are connected in the only way people can be in that city.

Dirk sees his best friend killed in a desert car wreck, then rifles through his pockets for a last joint before the ambulance comes. Cheryl, a wannabe newscaster, chides her future stepdaughter, "You're tan but you don't look happy." Jamie is a clubland carnivore with a taste for human blood. As rendered by Ellis, their interactions compose a chilling, fascinating, and outrageous descent into the abyss beneath L.A.'s gorgeous surfaces.

As an added bonus, when you purchase our Audible Modern Vanguard production of Bret Easton Ellis' book, you'll also get an exclusive Jim Atlas interview that begins when the audiobook ends.

What listeners say about The Informers

Fine collection of early 80's stories from Ellis. I'm really glad that both a male and a female narrator were used to divide up the different chapters (each one is told in first person). Therese Plummer in particular, is a real talent.

From a big fan

I’m a big fan of Bret Easton Ellis’ work, generally. Lunar Park is just about one of my favorite novels. Glamorama is a hell of a lot of fun. Less Than Zero is OK and most of his other works have great moments.

The Informers has its moments, too. Particularly a vampire section. That’s about it. I’m not a fan of thing at all. The narrator on the audio is icky, too. The reader tries to convey a kind of disaffectedness that comes off as silly and like the guy doesn’t understand the kind of people he’s representing other than in terms of a middle school student.

Unless you’re a big fan of the kind of thing Ellis does, The Informers is likely going to be a waste of time for you. Like I said, the vampires section towards the end is the only really good part.

Do you do drugs?

This book went from bad to worse immediately! All it refers to is drugs, homosexuals and perversions. I can live without all that nonsense!

If you enjoy reading mundane, psycho-babble about drugs and sex (and not good to listen to sex)read. Otherwise, read something else from BEE... Not his best