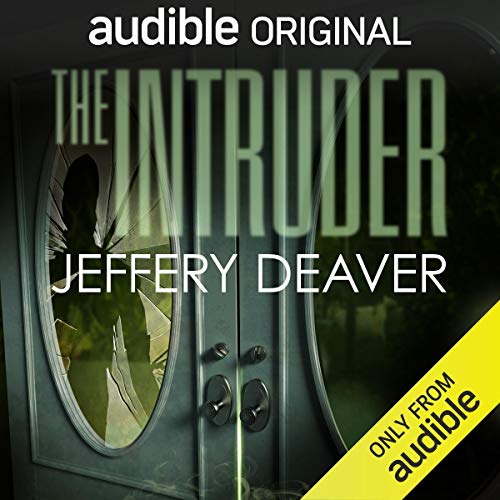 Written by: Jeffery Deaver
Narrated by: David Harbour
Try for $0.00

The fear inside meets the terror out there in a story of unsettling suspense from Mystery Writers of America Grand Master Jeffery Deaver.

Evan Hart lives the good life, enjoying his job, his sports club, the occasional date - and especially his comfortable home, nestled in the thick woods surrounding his property. But that tranquility is shattered when he realizes a figure from his past has arrived in town, armed with a knife, his intentions clear from the man’s attempts to break into Evan’s house in the middle of the night. The authorities can do nothing.

Evan can only turn to the nightmares that plague his sleeping hours for answers. But the question is: Can those dreams save him, or are they part of the intruder’s plan?

What listeners say about The Intruder

This was another great short story. Again a little predictable but had a twist to it that was surprising. Worth the listen.

I like this better than the date night story. This narrator does a good job.

Short and to the point. I did have to listen twice to it though to figure out the ending. But, it was worth it.

For short story it was great including the narration. I wish all writers had free short stories to sample their work. I will be looking for more stories by the writer or narrator.

I did not expect that. wow...... nice quick listen. I cant get this audiobook out my head

Sometimes a short story with nice twists and a subtle ending is all there needs to be.

Interesting, fast read. Gets you hooked really easily and the narrator did a great job hooking you in.

where is the rest ? I pay, yet you want me to pay more ? libraries have most of books you don't allow on my membership that I can afford

someone please help me. I have listened to this book twice and I still DON'T get the ending!!