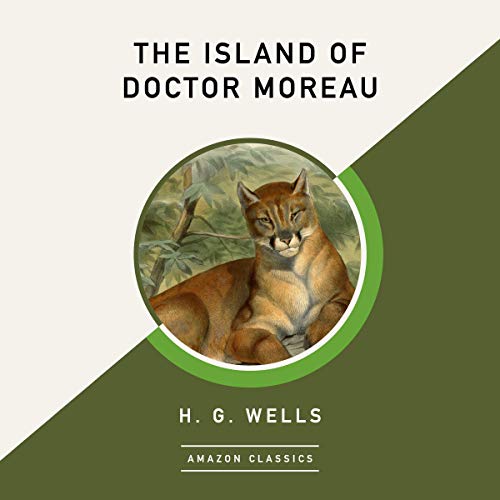 On an uncharted South Pacific island, the mad genius Doctor Moreau has found refuge. It’s here, away from London and the civilized world, that the scientist can conduct his experiments on animals without condemnation. When Edward Prendick, the sole survivor of a shipwreck, washes ashore, he bears witness to Moreau’s cruel research and its bloody, inevitable unraveling.

In exploring the disquieting crossroads of scientific progress and ethical responsibility, Wells’s cautionary account about the perversion of natural order rattles audiences’ sensibilities to this day.

What listeners say about The Island of Doctor Moreau (AmazonClassics Edition)

Not How I Pictured It

But when is a classic book ever what one imagines it when one only has cursory knowledge of it? Well done narration, and intriguing exploration of then-cutting edge science.

loves it. wish it was longer. good read before Halloween if you dare. enjoy this classic!

I get what it's going for but it's slow and the main character and his surrounding are uninteresting. Maybe it's just for a older crowd of readers I assume but even then.....